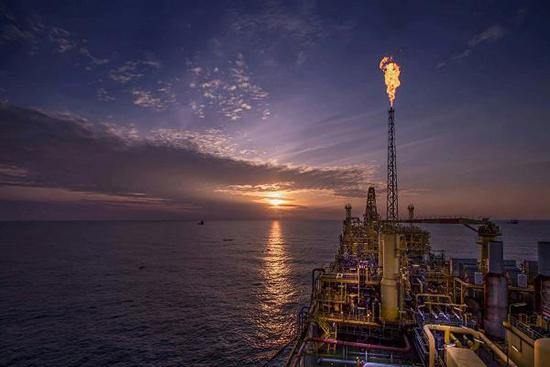 Economists like to say the best cure for high prices is, high prices. In the case of oil in recent years, the saying often rings true.

Years of elevated oil prices leading up to 2014, when Brent crude futures traded above $100 a barrel, helped drive efficiency in the industry and other energy sectors, but ultimately led to a supply glut and lower prices.

“That era of high-price oil that we had drove innovations all over the place especially in terms of shale but it also enabled oil operators to make much bigger risks,” said John Kilduff, founding partner of Again Capital.

Now, oil prices are rising again amid rising geopolitical tensions in the Middle East. The recent spike and volatility in prices could serve as a reminder of the benefits of cheaper alternative energy sources. But even as investment in renewables expands, many experts agree the oil era still has room to run.

“I think oil’s got another four or five decades before we see anything,” said John Eichberger, executive director of the Fuels Institute, a nonprofit. “Change is coming, but it’s going to take time.”

The International Energy Agency (IEA) expects oil demand to continue to grow until 2040, fueled by emerging markets like India and industries like trucking, petrochemicals, aviation and shipping. But the IEA says renewables and natural gas are capturing an increasing share of global energy demand.

One reason? China. The world’s largest polluter is now leading the way in the push for clean power.

“You have to watch China because the question is how much will they leapfrog,” said Tom Kloza, global head of energy analysis at OPIS, a company that provides oil price information.

The IEA expects one out of every four vehicles on the road in China will be electric by 2040. It projects the global electric car fleet will reach 280 million by that time, up from just around 2 million today. A big shift toward electric vehicles could have major implications for oil, which fuels more than half of the world’s transportation.

“Electric vehicles will compete and probably beat internal combustion on a cost basis pretty soon, which will give consumers a choice,” Eichberger said.

But he warned that even as electric vehicle sales increase, it will take decades to build the infrastructure for them to overtake gasoline cars. Analysts point to concerns over battery storage and costs. Unless oil prices continue to stay elevated, consumers might not yet be tempted to make the switch.

“You get so much bang for your buck with gasoline,” OPIS’ Kloza said