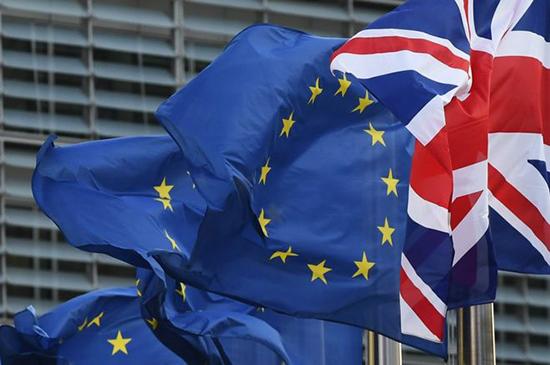 After all the impatient European foot-tapping, the incessant talk of ticking clocks and of Article 50 time running out, there’s a distinctly laid-back air in Brussels at the moment when it comes to Brexit.

“Relations are a lot more normalised between the UK and the rest of the us after the Salisbury attacks and the show of solidarity with Britain at the EU leaders’ summit two weeks ago,” one European diplomat told me.

“Besides which,” he added with a glint in his eye, “we know the Brexit drill by now.

“The UK makes a fuss, tells us things are unacceptable – like the financial settlement (the so-called Brexit bill), and like allowing EU citizens the right to stay permanently in the UK, even if they only move there in the transition period after Brexit – but the British Government gives in, in the end. Even if they dress up the fact to make it more acceptable at home.”

This week, we enter what Brussels calls the end stage of Brexit negotiations leading up to (what is hoped will be) a final agreement in the autumn.

But – and this is another reason for the rather laid-back atmosphere in Brussels Brexit circles right now – EU insiders think much of the detail and substance governing EU-UK future relations will actually be worked out after the UK leaves the bloc in March next year.

In the meantime, many in Europe believe the UK will accept a few more hitherto “unacceptables” in the coming months – such as having a role for the European Court of Justice in policing the Brexit agreement and the 21-month transition/implementation period that follows.

This, because the EU assumes the UK Government has its eye on the bigger prize: leaving the EU, with its reputation, and the Conservative Party as a whole, as intact as possible and with little immediate disruption to UK business and the economy.

“And it’s not all about them giving in in the negotiations,” a Brussels contact insisted to me.

The EU makes compromises too, he said, but tries to keep arguments between member states behind closed doors in order to reach a common EU position before facing the British side across the negotiating table.

What to watch out for

EU internal spats to watch out for in post-Brexit relations talks include fishing rights, financial and other services, and the rights of EU citizens in the UK after the transition period.

Brussels envisages five rounds of negotiations with the UK (roughly one every two weeks) leading up to the EU leaders’ summit in June. Don’t forget, European capitals have to approve any Brexit progress made in Brussels.

The talks will proceed along three parallel tracks:

“We have to make as much progress as possible before the summer,” one EU diplomat told me.

“You know us Europeans and August – we go to the beach, nothing happens in Brussels – and we risk getting to the October leaders’ summit, which we call the ‘end game’ for the Brexit agreement, by which time we could see people running around and screaming in each other’s faces if things haven’t yet been decided.”

Waiting for the break

The UK has waited a year to engage in talks on future relations with the EU post-Brexit, so it’s a big deal that these negotiations are starting now.

Still, don’t hold your breath. It’s far from clear how detailed these negotiations will be and how much substance we can expect from them.

EU countries are in disagreement with each other and it’s been a subject of contention in the UK government too.

Most European diplomats I speak to say they believe the bulk of EU-UK negotiations about trade in particular will take place after Brexit in March next year.

Under EU law, Brussels cannot finalise a trade or any other future relations deal until the UK has left the club and is a “third country”.

Whatever is agreed between the two sides by the autumn – David Davis insists the final document should be substantial – will be summarised in a “Political Declaration” between the EU and the UK.

This will be attached to the Withdrawal Agreement, formalising the UK’s exit from the EU.

Unlike the Withdrawal Agreement, the Political Declaration will not be legally binding – allowing for a changing of minds during the transition/implementation period that follows Brexit.

The EU’s chief Brexit negotiator, Michel Barnier, is now selling hard the idea that the UK can change its mind during the transition period and choose to stay part of the European single market and customs union – particularly with a view to solving the Irish border issue.

This would be the ideal post-Brexit scenario for the EU.

But it’s been described to me as “pure fantasy” by a British diplomat.

That being said, there is an increasing expectation amongst some in Brussels that the UK may eventually choose to stay in some kind of customs union with the EU.

As mentioned above, the Brexit Withdrawal Agreement is a legally binding text.

Seventy-five percent of its content has already been signed off between the EU and UK but important outstanding issues remain:

The UK insists that future EU-UK relations can be so close after Brexit as to render all talk of a border irrelevant.

The EU is doubtful this will be possible, considering the UK Government’s declared intention to leave the customs union and single market.

Too much to lose

For now then, the EU thinks Ireland will be another UK capitulation.

So far the UK has refused to accept the EU backstop suggestion – where, if all else fails, Northern Ireland will say in the customs union and in relevant parts of the single market to avoid a hard border on the island of Ireland.

But EU diplomats believe this will likely remain the solution on the table come Brexit time.

One contact told me: “My prediction is the UK will add bells and whistles, will dress up the backstop and try to sell it as something else. But since we all want to avoid a cliff-edge Brexit and the Irish question has to be solved, this backstop is the way to go.”

There’s talk again of a possible no-deal scenario if Ireland can’t be agreed, where the UK falls out of the EU next year with no agreement in place and therefore no implementation period to transition to after Brexit.

But judging by the absence of all that impatient foot-tapping in Brussels, eurocrats feel confident that both sides – the EU and UK – know there’s too much to lose to let that happen.