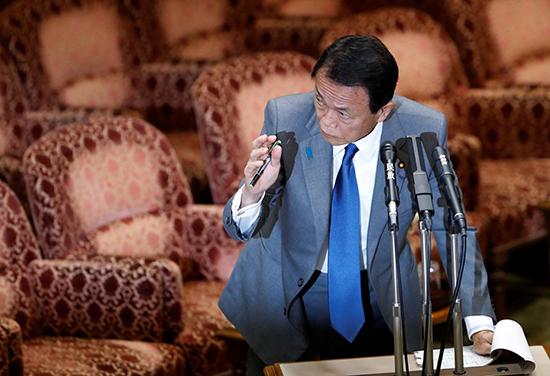 The two possible options have set the stage for a standoff between the world’s largest and third-largest economies on the eve of a summit between the leaders of the two countries.

“Our preference is for the United States to come back to TPP, but there is a sense that the U.S. side wants a bilateral free trade agreement with Japan, so this point is of the utmost concern,” Aso told reporters.

Japanese Prime Minister Shinzo Abe will travel to the United States to meet Trump on Tuesday and Wednesday.

Japan wants to maintain close ties with the Trump administration, seek assurances on the U.S. response to North Korea’s weapons program, and defuse any criticism of Japan’s trade policies.

Avoiding criticism of its trade surplus is important for Japan’s export-focused economy but has proved tricky, because Trump wants to re-negotiate trade deals to protect U.S. jobs and promote U.S. exports.

Trump has criticized the low number of U.S. auto exports to Japan and imposed tariffs on steel imports that affect Japanese companies.

Trump said this month he would reconsider joining the TPP, a multi-country free trade pact that includes Japan, if it were a “substantially better” deal than the one offered to President Barack Obama.

The 11 remaining members of TPP, led by Japan, signed an agreement in March. Tokyo has long hoped Washington would return to the TPP but is opposed to any major makeover of the pact to help make that happen.