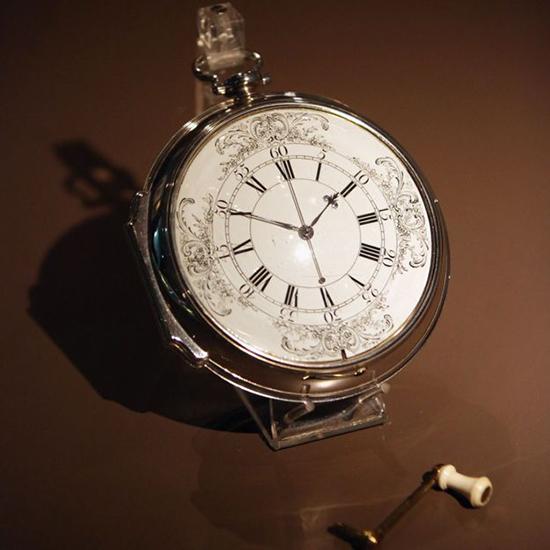 If you are searching for a solution do you ask the experts or the crowd? Challenge prizes take innovation outside the research establishment – and they are getting more popular.

On 12 June 1979, a scraggly Californian fitness buff, Bryan Allen, found himself hovering a foot or so above the English Channel in a box wrapped in polyester film, pedalling frantically.

He was competing to become the first person to fly under his own power across the world’s busiest shipping lane.

His aircraft, the Gossamer Albatross, may have been held together by tape, but it was a highly engineered contraption. The frame was made of carbon fibre and despite the wingspan of almost 30m (100ft), it weighed just 32kg – half the pilot’s weight.

To steer, Allen turned a knob in his cabin which twisted the wings – an idea borrowed from the Wright brothers. This allowed him to manoeuvre the plane without it banking and crashing into the waves.

“Out in the middle of the Channel, there were times I was above the surface of the water only by three inches or so,” Allen recalls.

Despite pedalling into a headwind, running out of water and suffering leg cramps, he managed to complete the 22-mile crossing from Folkestone to Cap Gris-Nez, winning a prize of £100,000 for his team of collaborators, led by engineer Paul MacCready.

The money had been put up by the businessman Henry Kremer, who was – I think – my grandfather’s first cousin.

If we launch an XPRIZE and it’s just the ‘experts’ that come out and compete, they’re usually the ones that will tell us it can’t be doneMarcus Shingles, CEO, XPRIZE Foundation

Challenge prizes vary in their particulars, but the basic idea remains the same: instead of paying experts a salary to do research and development, you offer a prize to the first person or team to pass a test.

Innovations that have come about partly as a result of this model include the tin can, steam locomotion and ships’ propellers. The popularity of challenge prizes peaked in the 18th and early 19th Centuries but there has been renewed interest in the last few decades.

“The benefit of having a prize model is you put up a purse, but you’re not asking people to use a particular solution set on how to solve that problem,” says Marcus Shingles, CEO of the XPRIZE Foundation, which organises challenge prizes today.

“So you get this tremendous amount of diversity. If we launch an XPRIZE and it’s just the ‘experts’ that come out and compete, they’re usually the ones that will tell us it can’t be done.”

Challenge prizes work particularly well when the path towards a solution is unclear, since they allow organisations to test many approaches at the same time.

They can also direct attention to issues that have been overlooked by the market, or which offer an uncertain return. “But at the same time you don’t want to be creating a challenge prize which incentivises people to solve a problem where there is no demand,” says Tris Dyson, executive director of challenge prizes at Nesta, a UK-based innovation foundation.

Besides well-publicised prizes staged by XPRIZE and Nesta, private companies such as Amazon and Netflix now set technical challenges, and a number of websites specialise in connecting problems that need to be solved with solvers interested in a cash reward.

Cliff Edwards, who describes himself as an “open innovation solver”, earns his living by submitting ideas to a website called InnoCentive, where he is ranked the most successful solver. Working out of coffee shops in Vancouver, Edwards has pitched ideas for everything from market strategies to utilise 5G bandwidth to ways to reassemble someone’s skull after brain surgery.

Very often, he has no idea who has set the challenge – the so-called “seeker”. And he says he has no qualms about signing over the rights to use ideas that could potentially make him a lot of money. He’s satisfied with the prize.

“I do have experience with the patent process and there are significant barriers – mainly cost,” he says. “It’s just so onerous. It’s not just the submission process itself, it’s the potential challenges to the patent. Patents require maintenance fees on an ongoing basis to keep them alive.”

That’s the difficulty – trying to make the plane so it’s not right on the edge of falling apartBryan Allen, Pilot of the Gossamer Albatross

The really big challenge prizes offer the chance to draw investment into a new or overlooked field, through sheer glamour and buzz.

A century ago, the hotelier Raymond Orteig became frustrated at how long it took to travel between his native country, France, and his adopted home, the US. So in 1919 he put up a prize of $25,000 for the first pilot from an Allied country to fly between Paris and New York in either direction.

The contest coincided with the birth of mass communications and received huge publicity. Six men died attempting the perilous journey. When the prize was finally scooped by Charles Lindbergh in 1927 with his flight on the Spirit of St Louis he became one of the most famous men in the world.

More importantly, the entire US aviation industry received a boost. In 1927 alone, the number of licensed aircraft in the US quadrupled. US air passengers increased 30-fold in three years, and applications for pilots’ licenses tripled.

This was exactly the impact the founders of the XPRIZE hoped to replicate in 1996 when they put up a prize of $10m for the first reusable spacecraft to enter space twice in a fortnight.

The total investment of all 26 teams that competed in the Ansari XPRIZE was about $100m, 10 times the prize purse. And in 2004, the competition did produce a winner – Tier One, which led to the creation of Virgin Galactic. It seemed like a new industry – commercial space flight – had lift off.

Fourteen years on, hundreds of people have reserved a seat on Virgin Galactic, but the company has only just restarted rocket tests on their spacecraft, following a crash in 2014 that killed a pilot. Winning a prize does not in itself change the world.

“Burt Rutan and his team were able to win the XPRIZE, but just barely – it was really difficult and it was really dangerous,” says Bryan Allen, who now works for Nasa’s jet propulsion laboratory.

“So there’s a big difference between building a craft that a single brave person can take up to the edge of space, versus having passengers show up with a ticket.

But while the Kremer Prizes did not lead to the adoption of human-powered flight as a popular form of travel or recreation, they did spur innovation.

Paul MacCready’s experiments in low-speed flight fed into the development of solar-powered planes. Facebook and Airbus are both currently experimenting with high-altitude “pseudo-satellites” capable of transmitting broadband to remote areas of the world, whose lineage can be traced back to the Gossamer Albatross.

In a large workshop in Tisbury, Wiltshire, I took a look at the Aerocycle 3. John Edgley’s human-powered machine looks at first glance like a deckchair that has been lashed to a bicycle, but it is the product of many years of research. Its carbon-fibre tubing is less than a millimetre thick.

Edgley believes that human-powered flight could yet become a sport, so he has set his sights on the Kremer Sport prize, which tests how easy an aircraft is to set up and dismantle.

He says the £100,000 prize is “comparable” to the sums he has spent pursuing his dream over the years.

The Royal Aeronautical Society oversees Henry Kremer’s purse. Since 2012, the interest from the undisbursed prizes has been used to fund the annual Icarus Cup, which sets human-powered flight enthusiasts more achievable goals for a prize of £1,000.

“It’s very interesting, but about three or four years ago, we said, ‘It’s not a competition this year, it’s a rally – just to have everyone coming and having fun and flying their aeroplanes,” says Edgley.

“I rather favoured it – but it didn’t really work. It didn’t concentrate the mind. There’s something about having a prize and a competition.”