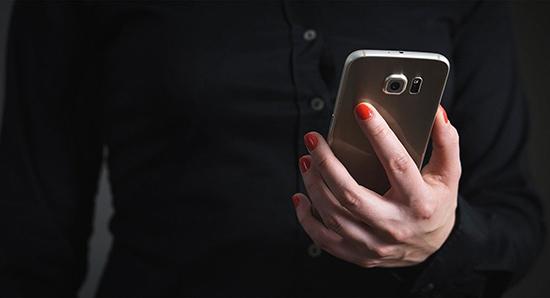 DARPA announced last week that it awarded Kryptowire, a Virginia-based cyber security firm, a $5.1 million contract to develop WASH, a program that would spot diseases using data it collects from soldiers’ smartphones during normal use.

Communication Chief for DARPA Jared Adams told the Washington Post in an email that “The program aims to develop algorithms that use raw data from smartphone sensors to enable continuous and real-time assessment.” That assessment would bring to light latent and developing health concerns.

According to a DARPA fact sheet, WASH collects its data from smartphone cameras, light sensors, pedometers, fingerprint sensors, microphones, thermometers and more. It studies your eye movement; your voice; the device’s orientation and GPS location; it uses facial recognition; it takes images of your fingers; and it studies your finger pressure, grasping pattern and hand movements as well as your gait. WASH is being built to look for disease biomarkers like sweating, a shaking voice, facial tics, racing heartbeats, decreased attention, diminished reasoning ability, poor decision-making and impulsive actions, among other things.

“For example, if a user is inebriated, we found they would interact with the device differently,” Kryptowire’s vice president of product, Tom Karygiannis, said. Company officials say it could be used to detect Parkinson’s, Alzheimer’s Disease or even post-traumatic stress disorder (PTSD).

Such information would be collected continuously, even at times when the service member is not using their phone for military affairs.The American Civil Liberties Union has already sounded the alarm. Senior policy analyst Jay Stanley said, “People don’t want to feel like someone is listening in on their private life. That’s going to have to be subject to tight controls.”

Those concerns could have wider implications. Executives at Kryptowire say that their goal is to get the technology to everyday smartphone users, but added that the software needs quite a bit of development before it’s ready for the market.