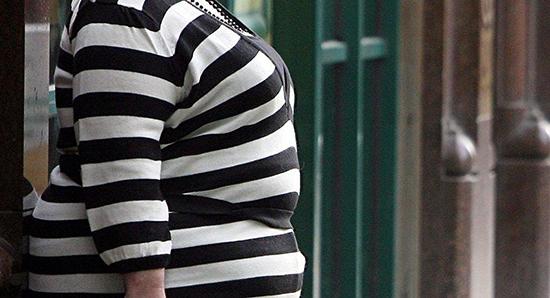 Some 20.5 percent of men and 41 percent of women in Turkey are obese, according to the Health Ministry’s National Nutrition and Health Survey.

According to the survey, obesity is mostly prevalent in the country’s eastern Black Sea region, where 33.1 percent of locals weigh in as clinically obese.

Statistics on Turkey from the EU are also not promising, with Eurostat figures showing that 56.7 percent of women in the country are overweight, making the country among the worst European countries in terms of the proportion of overweight and obese women.

Şahin said obesity is strongly related to high blood pressure, diabetes and high cholesterol, which are all risk factors for cardiovascular diseases.

“The high rate of coronary heart disease in Turkey is related to the fact that sedentary lifestyles, obesity, high levels of blood fats and high blood pressure are frequently seen in women in Turkey,” he added.

“The amount of calories eaten increases while energy consumption decreases due to the sedentary lifestyles. In other words, our lifestyle produces diseases,” Şahin added.

Meanwhile, Turkish Diabetes Foundation head Prof. Dr. Temel Yılmaz has pointed to the high increase of obesity over the past 20 years in the country.

“There are two important reasons for this high rate of increase. The first is that our traditional cuisine is rich in fats and carbohydrates. The second is that we don’t exercise enough,” Yılmaz said.

“Some scientific studies show that people who have a healthy diet do not have an obesity problem even though they do not exercise regularly. This shows that the main reason behind obesity is unhealthy diet,” he added.

Meanwhile, Prof. Dr. Murat Baş, a dietician and the Dean of the Faculty of Health Science of Acıbadem Mehmet Ali Aydınlar University, said genetics is also important in obesity.

Recent figures show that Turkey is even worse than 31 states of the United States in obesity rates.

According to the National Nutrition and Health Survey, 17.9 percent of the 0-5 age group are overweight, signaling an expected future increase in cardiovascular diseases, high blood pressure, diabetes and cancer.