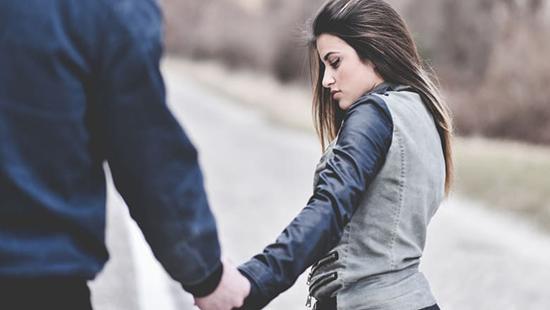 Men who think a woman has been unfaithful to her partner are less likely to step in to help if the partner is violent than if they don’t suspect infidelity. This is the finding of new research from Italy  and it’s not a particularly shocking outcome, research papers like this come out all the time.

Men are also, for instance, less likely to intervene in sexual violence if they adhere to traditional gender roles  or if the woman is sexualised and therefore perceived as less “moral”.

It would be easy to dismiss this latest one as another research paper telling us something else we already know, but it’s the very obviousness of this finding that should be shocking. An unfaithful woman does not deserve assistance when the man she betrayed beats her?

Infidelity is a justification for violence? Men who’ve been taught (or choose) to cling to outdated gender roles think a woman who’s shown sexual interest in a man other than her partner might deserve the beating she gets when she’s caught. These are the men who would almost certainly condemn, with sincere loathing, any man who is violent towards his partner. But a faithless woman, a tramp, a woman who would shame her man by allowing another man to touch the body that’s his alone to play with? Well, hitting a woman is wrong, but you can kind of understand it, can’t you? What did she think was going to happen?

This is not about the experience of men who have been cheated on. Infidelity always hurts. It’s a betrayal of trust, love and identity. Anger, pain, fear and humiliation are completely normal responses to unfaithfulness. Violence, however, is not. But we’re not talking about the betrayed partner here.

This research is about bystanders to the partner’s violence and how they viewed the infidelity. They have no betrayal or pain to deal with, they are simply making judgements about whether to intervene in violence enacted against a woman and many of them are less likely to do so if the woman has been unfaithful. It’s both bizarre and completely unsurprising that some men think of women’s bodies this way.

The traditional gender roles that were identified in the research are inherent in the whore/Madonna complex. Women are either “good women” or “bad women” and they’re viewed as a possession not a person. Sexual relationships become about ownership and if a man touches the body of a woman who belongs to another man it’s a slur and a threat to his manhood not just his emotions. Violence then becomes an understandable reaction and not something that requires intervention.

This attitude is often reflected in media reporting of men’s violence against women. The “jealous husband” or “spurned lover” is a recurring theme in how murder and assault are reported.

This doesn’t just happen in the tabloids. Last month the ABC reported on an inquest into the alleged murder of Kerry Michael under the headline “Kerry Michael inquest told jealous husband ‘snapped’ before her death on mountain” .

Kerry Michael’s husband is accused of murdering her. The inquest was told he has a history of irrational jealousy and controlling behaviour. Despite this, the headline still perpetuated the myth that men’s jealousy is understandable and murderers “just snap”.

The 2016 ANROWS report on media representations of violence against women and their children recognised this as an ongoing and dangerous narrative.
“Myths and misrepresentations still find their way into reporting. 14.8 per cent of incident based reporting offers excuses for the perpetrator, like he was drinking, using drugs, jealous/seeking revenge, ‘snapped’ or ‘lost control’.”

The issue was also addressed by the Western Australia Ombudsman’s report on understanding family violence.

The research literature identifies, however, that violence is not the same as anger, and “while anger is an emotion, violence is a behaviour”; a decision is made to perpetrate violence, and “most men who are violent towards their partners do not usually display similarly violent or abusive behaviour towards others’.”

Violence is always a choice and men are not born to be more violent than women. They are taught to be that way.

Real change in the levels of men’s violence against women requires a shift in underlying attitudes towards women. When women are viewed as possessions or objects with no agency, particularly when it comes to sex, violence is almost inevitable. We need to be constantly challenging those outdated preconceptions in each other and ourselves.