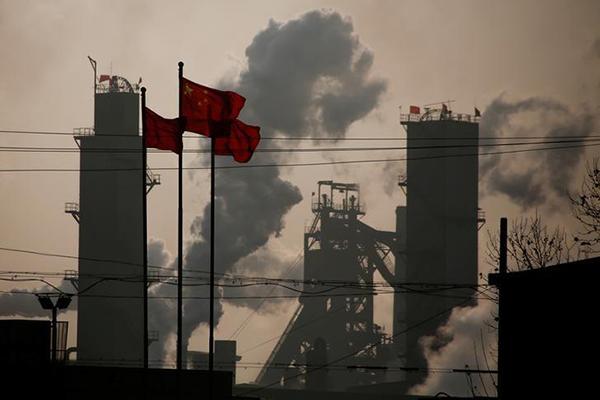 If we were to choose a phrase that can serve as the pivotal theme of the world economy during the past week, it would have been the “opening-up” of China. Amid dark clouds cast by “an epic trade war” being waged by the US, traditionally known as a free trade standard-bearer, there have been growing worries about the superpower, a law unto itself, deviating from a multilateral trade system.

By comparison, a raft of measures were unveiled by the Chinese leadership at the Boao Forum for Asia in South China’s Hainan Province last week that allow for greater market access. There was also an announcement of plans to build the southern island province of Hainan into a free trade zone and port at a conference celebrating the 30th anniversary of Hainan’s designation as a province and special economic zone. Together, these moves show the world China’s steadfast commitment to even greater opening-up.

These efforts by the world’s second-largest economy offer a ray of hope that could banish fears of a repeat of the vicious cycle of trade protectionism in the 1930s and the Great Depression.

China, for its part, also set out upon “a second revolution” as it pledged to widen market access this year, which is the 40th anniversary of reform and opening-up.

Let’s revisit the plans for deepening comprehensive reforms announced at the close of the Third Plenary Session of the 18th Communist Party of China (CPC) Central Committee in November 2013. The seventh chapter of a decision detailing the plans – “building a new open economic system” – clearly stated: “To adapt to the new trend of economic globalization, we must promote domestic openness together with openness to the outside world, better integrate the ‘bring in’ and ‘go global’ strategies …in order to promote reform through opening-up.”

Similar expressions have often been used in the reports of subsequent Party gatherings and government work reports.

Why should the nation opt to “promote reform through opening-up?” In terms of social formation, a socialist economy is in its essence an open economy. As a late-developing country, China had no choice but to protect its local market in the early stages of industrialization, but this kind of protection is an interim measure, not an ultimate goal.

As China’s own industries increasingly mature and the nation overcomes shortcomings that have weighed on its economic development and macroeconomic stability, with achievements that far exceeded common expectations, there’s need for further opening-up.

The sharing of China’s growth opportunities could integrate external trading partners into the Chinese market and align them into Chinese rules. Employing the catfish effect in which a stronger rival causes weaker ones to improve themselves would also lead to stronger competition and reinvigorate domestic industries.

The significance of promoting reform through opening-up is not merely limited to the economic sphere – it involves the entire society. There are two sides to everything. Long periods of peaceful prosperity inevitably breed special interests that profit through rent-seeking and self-dealing, rather than companies that win and profit by increasing their productivity.

The proliferation of these interest groups means an accelerating decline in productivity and dwindling scope for upward social mobility. In this situation, society ossifies and social and political stability is threatened. Whether these interest groups can be contained determines a country’s future peace and prosperity.

Any society that has experienced prolonged peaceful prosperity must undertake such a renewal, although it’s difficult to find one with the courage, resolution and implementation capacity to genuinely do it.

Today’s China seems to be such a rarity, and that means the country can start a new economic “revolution” to mark the 40th anniversary of reform and opening-up.

The author is a research fellow with the Chinese Academy of International Trade and Economic Cooperation. [email protected]