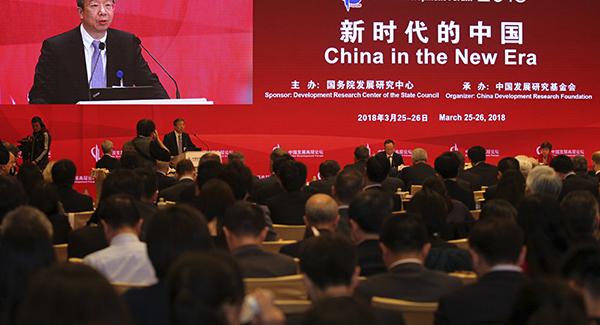 Shipping containers are seen at the port in Shanghai, China April 10, 2018. REUTERS/Aly Song

The impact from trade frictions between China and the United States on China’s macro economy is limited and manageable, Yan Pengcheng, spokesman for the National Development and Reform Commission, told a news conference.

Trade tensions have been escalating between the world’s top two economies, leading to worries that Washington and Beijing may engage in a full-scale trade war that could damage global growth and roil markets.