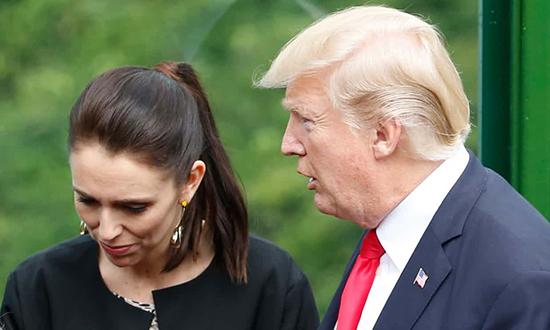 New Zealand’s prime minister, Jacinda Ardern, has said she was “infuriated” and “very angry” by being compared to the US president, Donald Trump.

“We are a party who were at that time campaigning to double our refugee quota. We are a nation built on immigration. I am only a third-generation New Zealander.

“The suggestion in any way that New Zealand wasn’t an open, outward-facing country – the suggestion that I was leading something that was counter to that value – made me extremely angry.”

The NBC interview said the partnership between Ardern and her conservative deputy prime minister, Winston Peters, was equivalent to the US politicians Bernie Sanders and Ted Cruz teaming up to govern.

Ardern’s Labour Coalition government has promised to slash immigration by 20,000 to 30,000 people during its three-year term, with a focus on international students who come to New Zealand on student visas to study at low-quality institutions and then stay on in the country.

The government also plans to introduce stricter criteria for which New Zealand companies recruit employees from overseas, in an effort to encourage businesses to hire locals first.

Record high levels of immigration to New Zealand have put pressure on roads, infrastructure and the housing market, said Labour, and taking a “breather” would allow the country to catch up in these areas.