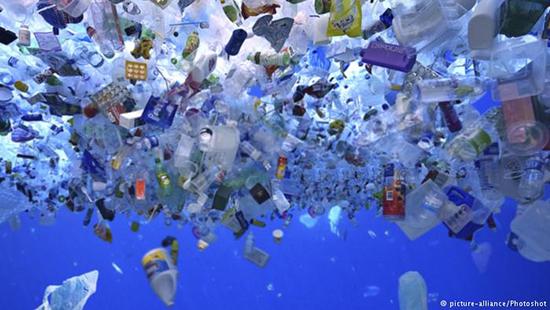 Researchers have accidentally improved a naturally occurring enzyme to enhance its plastic-eating abilities. The modified enzyme, which can digest plastic used in bottles, could help in the fight against pollution.

Researchers in the US and Britain have accidentally engineered a plastic-eating enzyme to speed up its abilities to digest plastic.

Scientists from Britain’s University of Portsmouth and the US Department of Energy’s National Renewable Energy Laboratory “tweaked” the structure of the naturally occurring enzyme after they found that it was helping a bacteria to break down, or digest, plastic used to make bottles.

“We’ve made an improved version of the enzyme better than the natural one already,” said John McGeehan, a professor at Portsmouth who co-led the work. “That’s really exciting because that means that there’s potential to optimize the enzyme even further.”

The engineered enzyme could in future help in the fight against pollution caused by plastics, which can persist for hundreds of years in the environment and currently pollute large areas of land and sea worldwide.

The team of scientists is now working on improving the enzyme further to see if they can make it capable of breaking down plastics on an industrial scale. Their initial goal had been simply to understand the enzyme’s structure.

“It’s well within the realms of possibility that in the coming years we will see an industrially viable process to turn PET (polyethylene terephthalate — a form of plastic used in plastic bottles), and potentially other [plastics], back into their original building blocks so that they can be sustainably recycled,” McGeehan said.

The enzyme — called PETase — was discovered in Japan a few years ago when scientists found that it was helping a bacterium break down plastic.

Japanese researchers believe the bacterium — Ideonella sakaiensis — evolved fairly recently in a waste recycling center, since plastics were not invented until the 1940s.