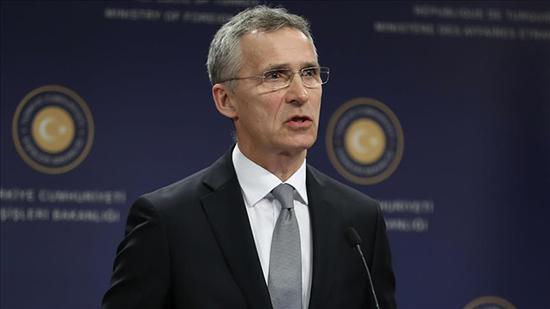 “I welcome the fact that for instance, Turkey in a couple years will be responsible for VJTF, the so-called Very High Readiness Joint Task Force,” Stoltenberg said.

NATO created the VJTF during the 2014 Wales Summit in the United Kingdom as a “spearhead force” within the NATO Response Forces against risks and threats that might arise in Russia, the Middle East, and North Africa.

“NATO is ready to deploy on short notice and that is part of our adaptation to a more uncertain and unpredictable security environment,” he said regarding the task force.

According to NATO’s website, the VJTF comprises a multinational 5,000-troop brigade with up to five battalions, supported by air, maritime, and special forces.

“Only fully operational, the VJTP will be supplemented by two additional brigades as a rapid-reinforcement capability in case of a major crisis,” according to NATO.

“If activated, the force will be available to move immediately, following the first warnings and indicators of potential threats before a crisis begins to act as a potential deterrent to further escalation,” it added.

Stoltenberg was in the capital Ankara for official talks in the wake of United States-led airstrikes targeting Syrian President Bashar al-Assad’s regime.

On April 16, Stoltenberg met President Recep Tayyip Erdoğan at the presidential complex where both sides discussed regional issues, including the fight against terrorism, peace in Syria, and the airstrikes in Syria on April 14.