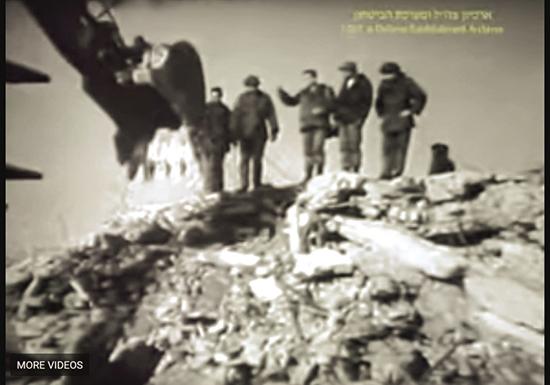 Cause of first disaster that killed 76 Israelis still disputed

Israel’s military archives have released a significant number of documents relating to the first and second Tyre disasters in Lebanon ahead of Remembrance Day, but have kept several documents classified.

The move was taken after children of those who died or were injured approached the Defense Ministry asking to view all documents relating to the incidents, as 35 years have passed since the first disaster, which killed scores of security personnel and Lebanese civilians, and injured dozens more.

The cause of the explosion, which leveled a seven-story building, remains in dispute.

Deputy Defense Minister Eli Ben-Dahan, who approached the archives with the permission of Chief of Staff Lt.-Gen.

Gadi Eisenkot, told The Jerusalem Post that while the families now have permission to access the large majority of documents regarding the investigation, several remain classified.

“Children want to know what happened to their fathers on their last day,” Ben-Dahan said.

“Many of those who survived, especially those who were injured, are no longer alive, and their family members want to know what happened.

“There were investigations into the disasters by the army, but the families, who generally knew what happened, never received all the documents or reports,” he said. “This is an important part of the Israel’s military history. It is a story that hasn’t been told and must be told.”

On November 11, 1982, the building housing the IDF headquarters in Tyre, known as the Liaison and Assistance Office, collapsed with people inside it.

The IDF was in Israel as part of Operation Peace for Galilee/ The First Lebanon War, and two months earlier had forced the PLO to leave West Beirut and Lebanon.

The building also housed living quarters for soldiers and border policemen who had been holding thousands of Lebanese and Palestinians arrested by Israeli authorities, as well as the offices of Lebanese civil officials who were visited daily by Lebanese seeking various permits and other documents.

But the official cause of the disaster has been disputed by many, and Ben-Dahan said he expects the government to release to the public all the investigative reports and protocols dealing with the circumstances behind the explosion.

On November 4, 1983, a 17-year-old belonging to Islamic Jihad caused the second Tyre disaster – and the first-ever suicide car bombing – driving a truck packed with an estimated 600 tons of explosives into an IDF headquarters in the outskirts of Tyre which held a Shin Bet and an Border Police interrogations facility.

Considered as the first suicide bombing against Israel, the second Tyre disaster brought down two buildings and killed 60 people, including 16 Border Police officers, nine IDF soldiers, three Shin Bet agents and 31 of the 46 detainees held at the facility. Another 23 people were wounded.