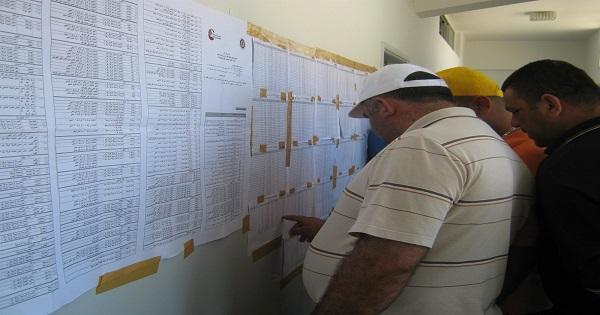 AFP-Jiji BEIRUT (AFP-Jiji) — As its first parliamentary vote in nearly a decade approaches, Lebanon has been swept into campaign fever: posters on every corner, televised debates and neighbors bickering over new electoral procedures.

Stakes are high in the long-awaited May 6 poll, the first test of Lebanon’s 2017 voting law, that will carve out the country’s political and economic trajectory for years to come.

Voters and candidates alike are eager for polling to start, nearly ten years after the last parliamentary elections in June 2009.

The 128 lawmakers elected back then have extended their mandate three times, citing potential spillover from the war in neighboring Syria and an unsatisfactory voting law.

But after years of deadlock, Lebanon’s politicians agreed to elect a president, form a government and move toward a complex new ballot system, paving the way for next month’s historic vote.

The next parliament will select Lebanon’s future prime minister and legislate on major social and economic issues, while attempting to keep sectarian tensions in check.

“The stakes in this election are quite high due to the delicate balance of power between the different sectarian groups in the country,” Salame said.

The country of just over 4 million is governed by a power-sharing agreement that leaves little to chance, with parliament equally divided between Muslims and Christians then further split among different sects.

But the new electoral system, the frustration of young voters and the candidacy of scores of independents have sparked hope for something different.

“This country needs a change. I’ve been complaining about it for years, so not doing anything is not a solution,” Ingrid Hag, 25, said.

The communications consultant, who will be casting her ballot for the first time, said she had yet to decide how she will vote, but wants a government that cares about environmental issues, women’s rights and reliable public services.

Across the country, 917 candidates are running on 77 lists, launching their campaigns with Oscars-style ceremonies and huge billboards dominating highways.

In every neighborhood, images of the incumbent political elite, like Prime Minister Saad Hariri, stare down first-time hopefuls.

Television channels are offering candidates pricey media packages for up to $6,000 per minute of airtime and have launched slick shows to explain the new ballot-casting process.Speech