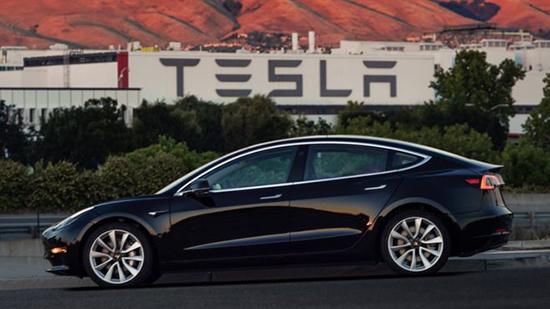 Elon Musk wants staff to cut short unproductive phone calls and meetings as he aims to boost production of the Tesla Model 3 over the next few months.

Work has temporarily halted at Tesla plants in California for upgrades aimed at increasing output from 2,000 to 6,000 cars per week by the end of June.

These include walking out of meetings, sidestepping the chain of command and ignoring company rules on occasion.

Increasing production of the Model 3 is considered key to shifting Tesla from loss-making to profitability, but the firm has repeatedly missed previous production targets.

In the leaked email, published by website Elektrek, chief executive Mr Musk calls for a crackdown on the performance of Tesla’s contractors, which he says in some cases has been “worse than a drunken sloth”.

And he says the firm will keep a sharper tally on expenditure in future.

Mr Musk’s other thoughts on improving productivity include avoiding large meetings – which he says are the “blight of big companies”.

“It is not rude to leave, it is rude to make someone stay and waste their time,” he wrote.

Tesla’s Model 3 is aimed at the mass market but the firm has been unable to fulfil a backlog of orders for the $35,000 electric car.

Highly-automated plants have run into difficulties prompting Mr Musk to tweet last week that “excessive automation” had been a mistake and that “humans are underrated”.

The email says the current technical upgrade will allow production to increase to 3,000 to 4,000 Model 3 cars per week from next month, and that further upgrades should allow them to reach 6,000 per week by the end of June.

The plan involves recruiting hundreds more staff to man an extra shift at Tesla’s Fremont car plant so it can operate around the clock.

Mr Musk’s email also suggested there would be a crack down on expenditure.

“I have asked the Tesla finance team to comb through every expense worldwide, no matter how small,” he wrote.

“All contracting companies should consider the coming week to be a final opportunity to demonstrate excellence. Any that fail to meet the Tesla standard of excellence will have their contracts ended on Monday.”

He then added a list of productivity tips including advice to:

The firm has come under increasing pressure from investors in recent months, a situation exacerbated by the death of a driver in a Tesla car operating in its Autopilot mode last month.

Mr Musk made light of the company’s financial situation on 1 April, joking in a tweet that Tesla had gone bankrupt.

“Despite intense efforts to raise money, including a last-ditch mass sale of Easter Eggs, we are sad to report that Tesla has gone completely and totally bankrupt. So bankrupt, you can’t believe it,” the tweet said.

Last week Mr Musk revealed that he was “under stress” and the firm was going through a period of “production hell”. He told CBS news he sometimes resorted to sleeping on the office couch at the car plant.