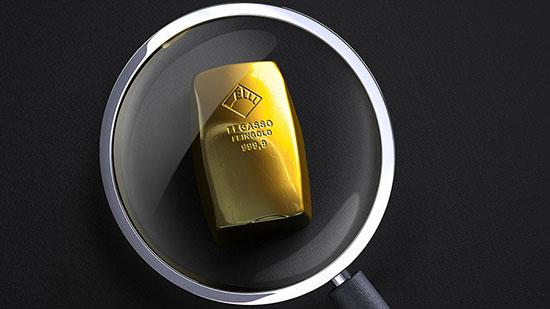 The second quarter expects to see another gold rally pushed by strong physical demand and the weaker US dollar, according to Boris Mikanikrezai, precious and base metals strategist at Metal Bulletin.

“The resilience of gold prices in spite of the substantial wave of speculative selling since mid-March (~71 tones, corresponding to a 17 percent drop in net long spec positions) is encouraging insofar as it suggests the presence of buying pressure elsewhere in the market, e.g. physical demand,” the analyst wrote in his weekly report for Seeking Alpha.

According to Mikanikrezai, exchange-traded fund (ETF) buying interest for gold is at its strongest since September 2017. “Once bullish speculative sentiment toward gold resumes, I expect a strong price reaction. I have a long position in IAU (iShares Gold Trust), expecting a fresh 2018 high in Q2,” the strategist said.

The industry expert sees a weaker dollar and lower US real rates in the coming months on the back of three main drivers, with the US Federal Reserve the primary driver. Mikanikrezai expects “a dovish hiking cycle” in the next few months based on “[the] Federal Open Market Committee’s patience to see inflation moving back first toward its target of two percent.”

Inflation is seen as the second driver pushing gold higher, with an expansionary path projected to move further, boosted by strong oil and a tight labor market. The third boosting element for the yellow metal is the US deficit rising due to this year’s fiscal stimulus.

According to the analyst, the three listed factors will continue to affect the greenback and boost gold prices. Gold bulls shouldn’t be depressed by the commodity’s temporary inability to break above its current trading range, he says, stressing that investors are commonly wary due to geopolitical risks, such as the recent tension between the US and China over trade and conflicts in the Middle East.

“Should the situation continue to deteriorate, investors could be forced to price more accurately this geopolitical risk. This would exert even more downward pressure on the dollar and US real rates,” Mikanikrezai says.