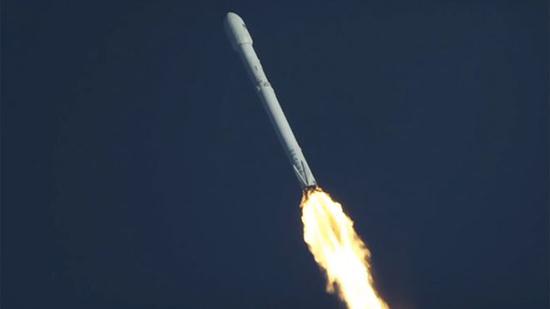 It’s lift-off for a new era in planet-hunting.

The US space agency’s Tess satellite has launched from Cape Canaveral in Florida on a mission to find thousands of new worlds beyond our Solar System.

The mission will survey a great swathe of stars, hoping to catch the dips in brightness that occur when orbiting planets traverse their faces.

Tess’s goal is to compile a catalogue that other telescopes can then focus in on for more detailed analysis.

“Tess is equipped with four very sensitive cameras that will enable it to monitor nearly the entire sky,” said George Ricker, the mission’s principal investigator from the Massachusetts Institute of Technology, which leads the project.

“The types of planets that Tess will detect are revealed by a process called a transit. We can see the shadow, effectively, of the planet as it passes in front of its host star.”

The Transiting Exoplanet Survey Satellite (Tess) was supposed to have departed on Monday, but the rocket company had wanted some extra time to investigate an issue connected with the launch vehicle’s guidance system.

Wednesday’s 49-minute flight put the satellite on a highly elliptical path around the Earth. Mission planners have designed a novel orbit that will see the observatory corralled by the gravity of the Moon. This will lead to it using very little fuel to manage operations, enabling the mission to keep on working for a couple of decades, or for as long as Nasa finds value in its science.

Tess follows in the footsteps of Kepler, a groundbreaking space telescope launched in 2009.

It also used the transit technique to confirm more than 2,000 so-called exoplanets. But Kepler, for its primary mission at least, only looked at a very small patch of sky, and most of its discoveries were simply too far away or too dim to permit further study.

The Tess strategy will be different on a number of fronts. First and foremost, it is a wide-field survey.

Its cameras will scan big strips of the sky over 27-day periods, taking in 85% of the heavens in two years.

“Over those first two years, which is the nominal mission for Tess, we’re expecting to add thousands of planets; something like 2,000-3,000 planets that are certainly below the size of Jupiter, and most of them below the size of Neptune. So, the kind that have the potential for being the terrestrial-type worlds that we’re most interested in,” MIT co-worker Jennifer Burt told BBC News.

All the discoveries will go into a catalogue that other observatories can then mine. “Think of it as a phone book; you’ll be able to look up the ones that interest you,” said Tess deputy science director, Sara Seager, also of MIT. “But it’s not just quantity; it’s quality as well – because the planets we do find will be bright enough and close enough to Earth that we really can do follow-up measurements with them.”

Tess’s mission is very timely. The next few years will see a new generation of super-telescopes come online that have the technologies to probe the atmospheres of nearby worlds.

Scientists will be looking for gases that are potential “biomarkers” – the chemical signatures such as molecular oxygen, methane and water that could indicate the presence of lifeforms.

Perhaps the key actor in this field will be the successor to Hubble – the James Webb space observatory, due in orbit from 2020. Its 6.5m-wide primary mirror and infrared instruments seem perfectly tuned for the job.

But there will be others as well, especially in Europe where exoplanet science is very strong.

The ground-based European Extremely Large Telescope, with its 39m-wide primary mirror, will certainly be targeting Tess discoveries when it becomes operational in the early 2020s. And then there is the recently selected European Space Agency telescope known as Ariel, which will launch in the late 2020s with the very specific ambition of studying exoplanet atmospheres.

“Tess will be extremely important for us,” said Ariel’s principal investigator Giovanna Tinetti from University College London, UK. “In particular, it is expected that many super-Earths will be discovered around very bright stars by Tess, and it’s clear these will be absolutely great targets for Ariel,” she told BBC News.