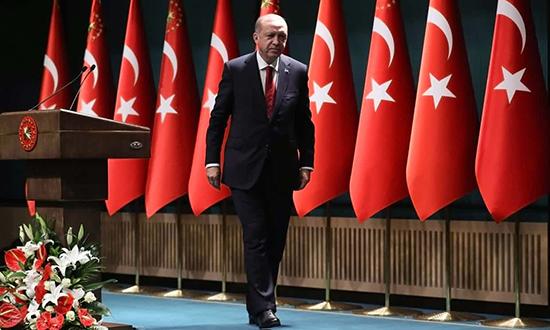 Recep Tayyip Erdoğan is one of a crop of present-day political leaders who value the respectability an ostensibly democratic election confers but don’t want to risk actually losing the vote.

In this respect, Turkey’s president is no different from Russia’s Vladimir Putin and Egypt’s Abdel Fatah al-Sisi. Their shared idea of democracy can be summed up by the motto: “You vote, I win.”

It is possible Erdogan and his ruling Justice and Development party (AKP) could lose the snap presidential and parliamentary polls called for 24 June. But it is extremely unlikely. The AKP won a clear majority of seats in parliament in 2015 and is already assured of the support, should it need it, of the Nationalist Movement party (MHP).

As for Erdoğan, he remains Turkey’s dominant politician, a position he has occupied for a decade or more at home, in contrast to the steady decline in his international standing. He is also a deeply divisive figure. A recent survey by Metropoll gave him a nationwide approval rating of 49.8%. Just over 42% of respondents said they disapproved.

Even if there were a politician of sufficient power and prestige to effectively challenge Erdoğan – and there isn’t – the odds are stacked against any would-be usurper. Kemal Kılıçdaroğlu, the likeable but ineffective leader of the main opposition Republican People’s party (CHP), gained only 19% approval in the same poll.

What happened in the Turkish referendum and why does it matter?

Erdoğan has sidelined old comrades such as Abdullah Gül and Ahmet Davutoğlu, formerly president and prime minister respectively, ensuring nobody within the AKP is in a position to rival him. And since the failed 2016 coup, he has systemically emasculated rival power bases and independent media, locking up pro-Kurdish lawmakers and journalists and sacking tens of thousands of civil servants, academics, military, police and judges on specious grounds of national security.

In such circumstances, the prospect of truly competitive, open, free and fair elections is slim to non-existent. In a very real sense, Erdoğan, himself a one-time prison inmate who came up the hard way, has been waiting for this moment all his life. If and when he wins, he will assume the full powers of the new “executive presidency” that was narrowly voted through in last year’s bitterly contested constitutional referendum.

Elections had not been due for another 18 months. By bringing the polls forward, Erdoğan is finally set to gain full, personal control of all key aspects of domestic and foreign policy. He will become a dictator in all but name, more powerful perhaps than even Kemal Atatürk, modern, secular Turkey’s founding father.

Worried politicians in Paris, Berlin, London and Washington no longer see a reliable friend and ally in Ankara. They see an autocratic figure exploiting nationalist and neo-Islamist sentiment, xenophobia and Europhobia, and feelings of public insecurity brought on by next door’s Syrian crisis, to justify egregious human rights abuses, institutional vandalism and anti-EU, anti-western policies.

Turkey under Erdoğan, though still a Nato member, is now closely aligned with Russia. In Syria, Erdoğan has backed Moscow and Tehran in pursuing a political and territorial settlement that would keep Bashar al-Assad’s regime in place, even though he had previously demanded the Syrian leader resign.

In return, Moscow gave tacit support to Turkey’s recent military incursion into Afrin, in north-west Syria, in furtherance of Erdoğan’s obsessive vendetta with the Syrian (and Iraqi) Kurds – all of whom he denounces as terrorists. On past precedent, inflammatory anti-Kurdish rhetoric will play a big part in Erdoğan’s re-election bid. The need to be “strong” in Afrin was one reason for calling early polls, he said on Wednesday.

Putin and, for example, China’s Xi Jinping, another executive president-forever, may be impressed by Erdoğan’s dubious ascendancy. Iran’s hardliners may cheer him on. But the western democracies, which Turks for many years aspired to emulate, will not. For them, Turkey is increasingly on the wrong side of a global argument between freedom and control.