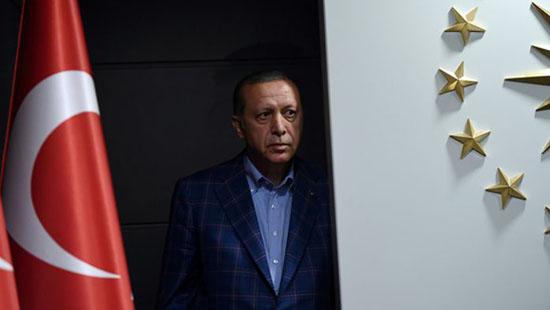 Turkish President Recep Tayyip Erdoğan on Wednesday called snap elections for June 24, saying economic challenges and the war in Syria meant the country must switch quickly to the powerful executive presidency that comes into effect with the new vote.

The presidential and parliamentary elections will take place under a state of emergency that has been in place since a July 2016 attempted coup and was extended by Parliament on Wednesday for another three months.

Last year, Erdoğan narrowly won a referendum to amend the constitution and create the executive presidency, which will come into effect with the next presidential election.

The government had repeatedly denied reports that it would move up the elections, which were not due until November 2019, but in a speech broadcast live on television Erdoğan said Turkey should put political uncertainty behind.

Citing its military operations in neighboring Syria and the need to make important decisions on investments and the economy, which is unlikely to maintain last year’s sharp growth, he said it was necessary “to remove the election issue from our agenda.”

Turkey must “switch to the new executive system in order to take steps for our country’s future in a stronger way,” he said in an address from the presidential palace in Ankara, flanked by rows of Turkish flags.

The announcement was made after he held talks with Nationalist Movement Party (MHP) leader Devlet Bahçeli, who a day earlier had floated the prospect of an early election.

The MHP is expected to form an alliance with Erdoğan’s Justice and Development Party (AKP) in the parliamentary election.

Three hours after Erdoğan’s declaration, the Supreme Election Board (YSK) said it had completed all preparations for early elections and was waiting for approval from Parliament, where the AKP has a majority.

The main opposition Republican People’s Party (CHP) called for an immediate end to the state of emergency, which allows Erdoğan and the government to bypass Parliament in passing new laws and allows them to suspend rights and freedoms.

“There cannot be an election under emergency rule,” CHP spokesman Bülent Tezcan said. “The country needs to be brought out of the emergency rule regime starting today.”

The United Nations last month called for an end to the emergency rule and accused Ankara of mass arrests, arbitrary sacking and other abuses. Some 160,000 people have been detained and a similar number of civil servants dismissed since the putsch, it said.

Media outlets have been shut down and scores of journalists have also been jailed.

The top European Union official handling the now-stalled talks on Turkey joining the EU said Tuesday that Ankara was moving rapidly away from the path of membership — Brussels’ bluntest criticism yet of what it sees as Turkey’s shift towards authoritarianism.