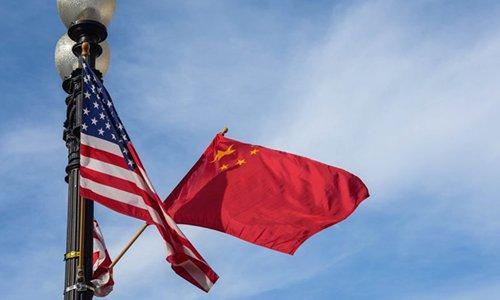 US President Donald Trump has since his election campaign been criticizing China for what he said were Beijing’s “unfair trade practices,” and the recent build-up to what could become a China-US trade war suggests the president is determined to act.

However, a breakdown of facts will show that Washington’s excuses for escalating its trade tensions with China do not hold water.

Before explaining how the algorithms by which the United States has come to the conclusion that its trade deficit with China amounts to over 375 billion US dollars are apparently questionable, let’s see just how casual Trump’s decision, as of now, to impose tariffs on a total of 150 billion dollars worth of Chinese goods is.

“China has been asked to develop a plan for the year of a One Billion Dollar reduction in their massive Trade Deficit with the United States. Our relationship with China has been a very good one, and we look forward to seeing what ideas they come back with. We must act soon!” Trump wrote in a March 7 tweet.

Reports suggesting the number was severely inflated by the Trump administration itself came shortly after the president fired off the tweet.

The Wall Street Journal reported on March 8 that the administration requested that China shave 100 billion dollars off the deficit, citing sources familiar with the matter as saying the request was made by US officials to their Chinese interlocutors a week before.

If a lack of intra-administration communication was not the reason for the obvious discrepancy between Trump and administration officials’ assertions, then it seems we can rightly assume that the proposed tally of tariffs was nothing but to add the math up.

Now come the algorithms. The United States calculates trade deficits and surpluses based on where a product is finished instead of on value added, a method that renders its unilaterally-concluded China deficit number unconvincing.

In an opinion piece published on April 2 on the Foreign Affairs magazine’s website, Philip Levy wrote: “Since China is the latest stage in the (global value) chain, a finished product can appear to have come from China, even if Chinese value-added is relatively small.”

Levy, who tried in his article to justify US acceptance of China’s accession into the World Trade Organization (WTO) in 2001 as one and the only right decision, pinpointed the exact symptom of Washington’s ill-devised calculations.

Indeed, a lot of products with the “made in China” labels oftentimes turn out to be assembled in China using imported parts.

Take Apple’s electronic devices for example. According to statistics dating back as early as 2010, 58.5 percent of iPhone’s profits went to the Apple company, whereas China’s labor cost only constituted 1.8 percent of inputs.

While profits gained by Apple from the iPad slipped to 30 percent in the same year, the percentage of China’s labor cost stood at 2 percent, pretty much the same as that of the iPhone and still in stark contrast with Apple’s gains.

It is crystal clear that it is the American company — and subsequently the US economy — that has harvested most of the profits, not the Chinese assemblers.

Yet, the Apple products, along with many other Chinese-finished commodities, are considered by the Trump administration to be items by which Beijing has taken advantage of Washington.

Moreover, the structure of China-US trade matters as well.

China sells mainly daily necessities to the United States that usually have low profit margins, while the United States sells things like aircraft and automobiles to China, ones that undeniably have more added values.

Trump is so vehemently concerned about bilateral trade balance. If he decides to abandon the cliche of national security concerns and sell high-end equipment to China, he would have overturned the deficit “conundrum” with a flip of the hand.

In fact, Beijing, judging from both the complementary nature of the bilateral trade structure and a win-win point of view, has on multiple occasions urged Washington to loosen its grip on exports that the latter worries comprise “sensitive technologies.”

Unfortunately, though, China’s efforts have so far been to no avail.

UNFAIR BLAME ON CHINA FOR DECLINE OF MANUFACTURING

Last but not least, as far as the decline of the US manufacturing sector is concerned, there is little the United States can righteously complain about China.

During his presidential campaign, Trump spared no effort to blame China for harming the US manufacturing sector.

Although bringing home American manufacturers was a key pledge in Trump’s protectionist “Make America Strong Again” slogan, statistics once again suggests that the loss of US manufacturing jobs is more of a domestic issue than something caused by such external reasons as the China factor.

He called the decline, which came in the wake of China’s accession into the WTO, “a drop of just over 29 percent … that actually represents a slowing of a preexisting trend.”

Levy said the share of labor in US manufacturing fell by more than 33 percent between 1985 and 2001, the 16 years leading up to China’s WTO membership. That backed up his conclusion that China, if anything, had actually played a much lesser role in the downward trend.

Turning the calendar back by a further 16-year time, the author said “we can see the same trend in the United States: a 31 percent drop from an initial 25.9 percent in 1969.”

“That occurred during a period in which China was largely isolated from the global economy and it therefore cannot be held responsible,” Levy said.