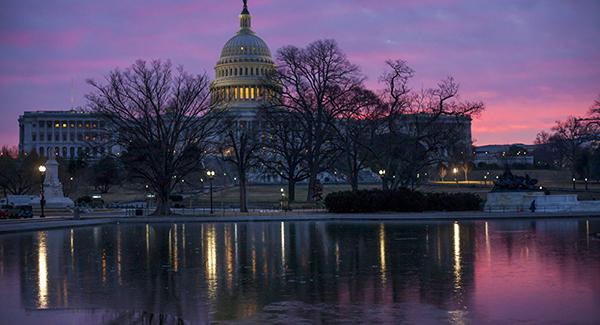 The US government sales ban of American components to the ZTE Corporation will surely inflict significant damage to the company. However, the pattern of globalization shows that not only will the US not secure a victory, it will also suffer a harsh blowback. The US stock market came to a similar conclusion, and media from around the world calculated that the US’ future losses will be significant.

Qualcomm is a major mobile chip supplier for ZTE mobile phones. According to Reuters, Qualcomm will be harmed during this strike because ZTE is an important client, and its competitors could benefit from ZTE choosing alternative manufacturers. Furthermore, Qualcomm might suffer more setbacks when China retaliates on the US for this ban.

According to studies by various media organizations, the full implementation of the seven-year sales ban on ZTE will amount to combined loss of $6.8 billion for Qualcomm, Acacia Communications, and Oclaro Inc. It will also affect more than 32,000 employees. Due to this estimation, Acacia Communications stocks dropped 35.95 percent this week. Additionally, Intel and Microsoft will be hit by shockwaves in the tech industry.

Over the years, China has grown to become the largest sales market for US electronic chips, providing US companies with substantial funds for research and development. Losing the Chinese market might cause these US companies to decline in quality, which could result in a bleak financial future.US semiconductor companies are facing real threats as they will likely be taken over by their opponents.

Some Westerners criticize the risks of doing business with Chinese companies, but not one multinational company has experienced the same mistreatment ZTE has been subjected to. The proper name for ZTE’s case could be called “35 people bonus crisis” and if this is what starts the cooperation breakdown between the US and China, or globalization in general, it will be one of the most bizarre jokes in history.

China will hit back in the best way it knows and inflict losses for American companies in China. Washington should not have any delusions of tolerance from China after causing such damage to its businesses.

With China and the US trading blows in this situation, the US economy and trade relations will delve into chaos. Investments of American companies in China far exceed Chinese companies in the US, meaning that the US has more to lose since these investments will not be spared during this fight.

Most importantly, Chinese society will lose faith in cooperation with American high-tech companies. The “35 people bonus crisis” will also serve as a push for China determination to develop its semiconductor industry to replace America’s components.

China will endure a sting in the high-tech sector confrontation, but the US will suffer lasting pain. China has been slow to develop its semiconductor technology because it is cheaper to purchase American products in the past. Developing chips and operating systems will require massive market support and China’s yearly import of $200 billion can definitely cover the funding for this research.

The consequences of punishing ZTE is now out of Washington’s control. The intertwined economies of China and the US are like “conjoined twins” and separation will cause major pain for both sides. Washington’s thinking that this is a unilateral punishment is naïve, and this short-sighted judgement will be paid at the expense of American companies and enterprises.