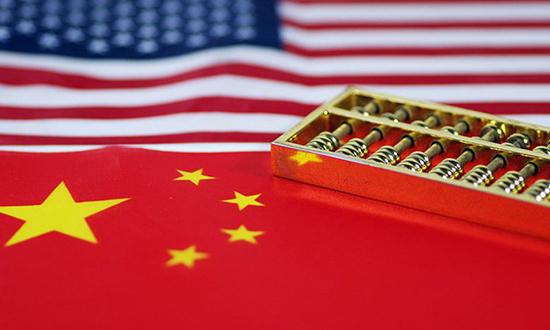 Prepared for countermeasures if US takes wrong direction

China denied Thursday having held any bilateral talks on the US Section 301 investigation and the US tariffs on Chinese goods, claiming China is prepared to take countermeasures if the US moves further in the wrong direction.

A trade war will not protect US workers and will hurt US consumers and global growth, Ministry of Commerce (MOFCOM) spokesperson Gao Feng said Thursday.

The US recently informed the World Trade Organization (WTO) that it had agreed to discuss with China the Trump administration’s decision to impose tariffs on steel, aluminum and other goods from China, AP reported, citing a Geneva-based trade official.

According to AP, the US agreed to consultations in WTO parlance, but “China’s request wasn’t justified under WTO dispute settlement rules,” as the proposed tariffs have not yet been imposed.

The two sides have not yet held any bilateral discussions on the US Section 301 investigation and the proposed US tariff list on Chinese goods, Gao said, noting that “the US move follows WTO procedures, which order members to respond to a request for settlement from another member within 10 days.”

“The US move to slap tariffs on Chinese imports will not have a big influence on China… China is capable and has many ways to overcome challenges brought about by China-US trade tensions,” Gao said.

In its latest move, the US Commerce Department on Wednesday launched anti-dumping and anti-subsidy investigations into steel wheel products from China.

So far this year, the US has launched five probes against Chinese products, far more than the number from the same period last year.

On Tuesday, the US Commerce Department also announced it is denying export privileges for Chinese telecom equipment maker ZTE for alleged violations of the US Export Administration Regulations.

“Once again, it is a unilateral action against China, targeting Chinese companies this time, a move that has expanded US trade protectionism to technology protectionism… This action is unmistakably meant to cripple China’s information communications technology industry. That will reaffirm China’s determination to accomplish the goals of Made in China 2025,” said Li Yong, a senior research fellow at MOFCOM’s China Association of International Trade.

“The US should never underestimate China’s resolve. If the US attempts to contain China’s development and push China to make concessions through unilateralism and trade protectionism, even at the cost of Chinese and US business interests, it is barking up the wrong tree,” Gao said.

“Communication from the US does not deserve any further interpretation. It doesn’t carry any indication of goodwill, let alone positive sign of consultations,” Li told the Global Times, adding that typical arrogance is imbedded between the lines of the US’ preset agenda, which is one-way and unilaterally designed for its own purpose.

Even if negotiations are held, which are sporadic and unproductive, there is a sense of frustration in Washington over the lack of progress in bilateral economic relations, which have led to the suspension of the comprehensive economic dialogue, Stephen Orlines, President of the National Committee on US-China Relations, told the Global Times on Thursday.

As to ongoing China-US trade tensions, Li said that “with the US driving the situation, it is fair to say that the US is closing the door, and China can only react to whatever comes from behind the door, with strong countermeasures.”

Chen Fengying, an expert at the China Institutes of Contemporary International Relations, said that both sides need to compromise to resolve their trade disputes.

Threats of additional tariffs or even a trade war do nothing to resolve trade tensions. With each new threat, the US is searching for a bargaining chip to ratchet up pressure. But China does not need to make concessions as would some smaller economies, she noted.