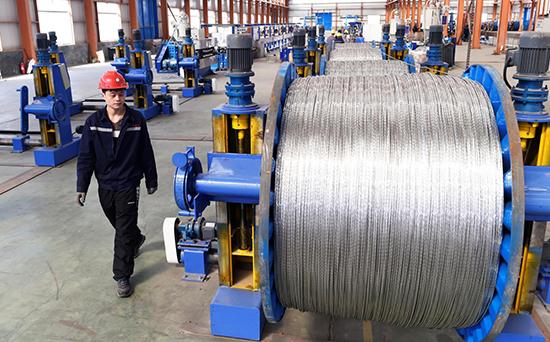 A worker walks past aluminium wires at a plant inside an industrial park in Binzhou, Shandong province, China April 7, 2018. Picture taken April 7, 2018. China Daily via REUTERS

Speaking at an event held by the Fairbank Center for Chinese Studies at Harvard University this week, Cui Tiankai said any dispute should be worked out through dialogue and a trade war would poison the atmosphere of overall China-U.S. relations.