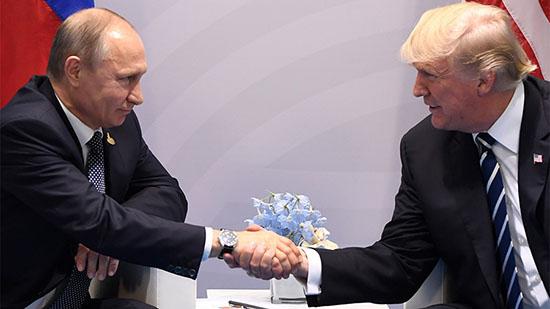 The Democratic National Committee has filed a lawsuit against the Russian government, Donald Trump’s campaign and WikiLeaks, alleging a widespread conspiracy to help swing the 2016 US presidential election in Trump’s favor.

The multimillion-dollar lawsuit was filed on Friday in federal court in the southern district of New York. The complaint asserts that senior officials within the Trump campaign conspired with the Russian government in an attempt to damage the Democratic nominee, Hillary Clinton, and seeks damages for the hacking of DNC’s servers.

“During the 2016 presidential campaign, Russia launched an all-out assault on our democracy, and it found a willing and active partner in Donald Trump’s campaign,” the DNC chairman, Tom Perez, said in a statement.

“This constituted an act of unprecedented treachery: the campaign of a nominee for president of the United States in league with a hostile foreign power to bolster its own chance to win the presidency.”

Named as defendants are the president’s elder son, Donald Trump Jr, son-in-law and senior adviser, Jared Kushner, former campaign chairman, Paul Manafort and his deputy, Rick Gates, and former foreign policy adviser George Papadopoulos. It also names WikiLeaks founder Julian Assange and Roger Stone, a longtime Trump confidant who communicated with WikiLeaks, the website which published both the emails obtained from the hacking of both the DNC and Clinton’s campaign chairman, John Podesta.

Among the Russians named as defendants are Aras and Emin Agalarov, a billionaire family referenced as potential conduits between the Trump campaign and Moscow in the explosive email chain involving Trump Jr that preceded the infamous June 2016 meeting at Trump Tower. In those emails, Emin Agalarov’s publicist Rob Goldstone informed Trump Jr that the Agalarovs were in possession of “high level and sensitive information” that they wished to pass on to the Trump campaign as part of “Russia and its government’s support for Mr Trump”.

Russian interference in the US election and potential collusion between the Trump campaign and Moscow is the subject of separate inquiries by the FBI and investigators in Congress.

Papadopoulos and Flynn both pleaded guilty to lying to the FBI and have been cooperating with the special counsel. Gates also pleaded guilty to lying to investigators, in addition to financial fraud, and has agreed to cooperate with Mueller’s team. Manafort has pleaded not guilty to charges that include tax and bank fraud, conspiring against the US, and giving false statements to the FBI.

The White House did not immediately return a request for comment when reached about the DNC’s lawsuit.

Trump has repeatedly claimed there was “no collusion” between his campaign and the Russians and referred to the entire notion as a “hoax”.

The DNC said the alleged conspiracy “inflicted profound damage” on its efforts in the election by undermining its ability to disseminate the party’s message to the American electorate and sowing divisions with the Democratic party. The lawsuit also states the hacking “seriously compromised the DNC’s internal and external communications”, prompted a significant drop in fundraising, that the cost of repairing the organization’s systems exceeded a million dollars.

“No one is above the law and the perpetrators of this attack must be held accountable,” Perez said. “We must prevent future attacks on our democracy, and that’s exactly what we’re doing today.”

“This is not partisan, it’s patriotic … It is our obligation to the American people.”

The DNC employed a similar strategy amid the Watergate scandal of the early 1970s, filing a civil suit in 1972 seeking damages from President Richard Nixon’s re-election campaign in relation to the break-in at the party’s Washington headquarters. Although Nixon’s attorney general denounced the suit at the time, his campaign eventually settled for $750,000 on the day he left office, according to the Washington Post.

The DNC’s 66-page complaint against Trump associates comes at a time when the president and those in his inner circle are already facing mounting legal woes. In addition to Mueller’s inquiry, Trump’s longtime personal attorney, Michael Cohen, is under criminal investigation for business dealings that include hush money paid to the adult film actor Stormy Daniels to prevent her from speaking out about an alleged affair with Trump.