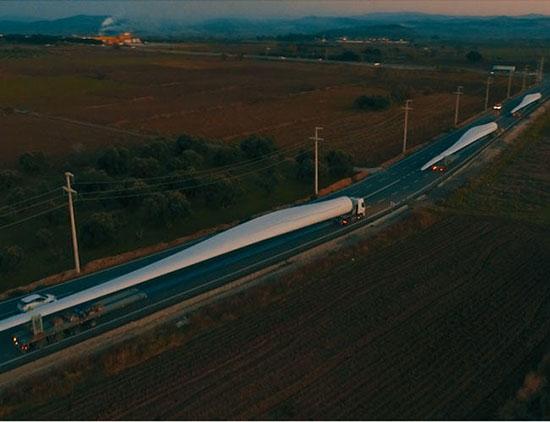 LM Wind Power, a GE Renewable Energy [GE] business in the Bergama district of the western Turkish province of İzmir, says it has exported its first blades to Australia less than six months after the factory’s inauguration.

In a statement on April 19, the company said a total of 99 blades, each measuring more than 63.7 meters, would be manufactured in Turkey and exported to Australia for commissioning on GE’s 3.43 MW wind turbines at the Bodangora Wind Farm, a 113.2 MW wind site developed by Infigen Energy and GE in South East Australia.

GE’s turbines, equipped with these LM Wind Power blades, are set to capture the abundant winds in New South Wales, according to the statement.

“The manufacture and export of these blades represents a significant milestone in the growth of the renewable energy industry in Turkey. To be able to accomplish this in such a short period of time is testament to commitment of our partners and local employee base, as well as a firm understanding of the growing importance of renewable energy within Turkey,” said Manar al-Moneef, GE Renewable Energy’s General Manager for the Middle East, North Africa and Turkey.

The Bergama plant, which has more than 370 employees and began operations in July 2017, aims to meet the requirements of the rapidly growing Turkish wind industry, as well as provide rotor blades for wind turbines outside Turkey, read the statement.

Since 2010, new wind farms have continued to go into operation every year and sustainable growth is anticipated with a target of 20 GW by 2023, it added.

Exports from LM Wind Power’s Bergama facility to Australia play a crucial role in the diversification of Turkey’s export markets, the company stated.

Turkey realized exports worth $538 million to Australia in 2017 and will be increasing this figure through the contribution of the exports that will be realized at LM Wind Power’s Bergama facility this year, it added.

The Bergama facility is the first new blade manufacturing site of LM Wind Power since it became a GE Renewable Energy business last year, according to the statement.