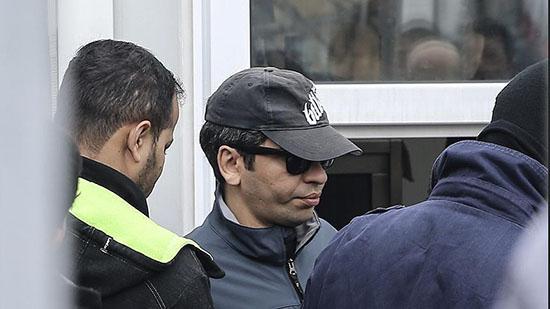 Greece’s highest court on April 19 approved the release from custody of one of eight former Turkish soldiers who have applied for asylum in Greece after fleeing Turkey following a failed 2016 coup in the neighboring country.

Turkey has repeatedly demanded their extradition.

It was not clear when the release order would be carried out. The accused serviceman, who was not publicly named, will be subject to strict restrictions on his movements while he waits for a decision on his asylum application.

The Council of State ruled that the officer will remain at an undisclosed address, must appear daily at a local police station and cannot obtain travel documents until his asylum application is determined next month.

His request was considered before the others because his asylum application is at a more advanced stage, the Associated Press reported.

Courts had initially granted him asylum, but suspended the decision following a Greek government appeal.

Turkey had demanded the extradition of the soldiers, who it has branded as traitors.

Greece has made clear it does not want the soldiers in the country, and government officials have said individuals suspected of any involvement in the coup are not welcome, yet it did not extradite them.

Turkey’s President Recep Tayyip Erdoğan accused Greek Prime Minister Alexis Tsipras of reneging on a promise to have the soldiers sent back within days of them fleeing to Greece. Greece disputes that account, saying the issue is up to courts.

But since then, Greek courts have ruled out the extradition of the eight to Turkey. Turkey accuses Greece of harboring putschists, but Greece denies it and says its judiciary is independent.

The two countries have signed agreements on criminal acts such as terrorism and the penal code may apply to both Greeks and foreigners in that case, regardless of whether any crimes were committed.

The soldiers are not accused of anything by Greece.

The eight men — three majors, three captains and two sergeant majors — flew to Greece by helicopter on July 16, 2016, as the coup attempt against Erdoğan crumbled. They have denied any involvement and said they feared for their lives.