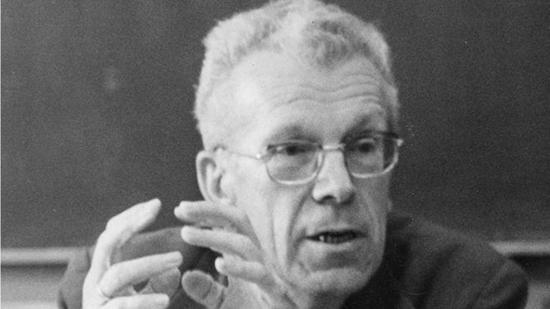 Newly uncovered documents suggest Hans Asperger, the paediatrician whose name describes a form of autism, was actively involved in the Nazi regime’s euthanasia programme in Austria.

They suggest Dr Asperger ingratiated himself by referring children to a notorious euthanasia clinic.

Prof Asperger claimed to have shielded his patients from the Nazi regime.

The patient records and documents show that Dr Asperger sent patients to the Am Spiegelgrund clinic in Vienna, where they were put to death.

Uncovered by Austrian medical historian Herwig Czech, they were reported in the journal Molecular Autism.

Mr Czech wrote in the medical journal that “[Prof Asperger] managed to accommodate himself to the Nazi regime and was rewarded for his affirmations of loyalty with career opportunities”.

An editorial in the journal, written by Cambridge academics, said that Asperger “willingly became a cog in the Nazi killing machine” and “part of the eyes and ears of the Third Reich”.

A total of 789 children are said to have been killed at the Am Spiegelgrund clinic.

Dr Asperger was not a member of the Nazi party.

In a 1980 inauguration speech at the University of Vienna, shortly before his death at the age of 74, he said he was wanted by the Gestapo (Nazi-era secret police) for refusing to turn in children to them.

Asperger syndrome was first identified by Prof Asperger in 1944, however, the term “autistic psychopathy” was used until 1981.

In 1981, the British psychiatrist Lorna Wing introduced the diagnosis of Asperger syndrome.

What is Asperger syndrome?

“No-one with a diagnosis of Asperger syndrome should feel in any way tainted by this very troubling history,” Carol Povey, director at the Centre of Autism for the UK’s National Autistic Society, said in a statement to the BBC.

“We expect these findings to spark a big conversation among the 700,000 autistic people in the UK and their family members, particularly those who identify with the term ‘Asperger’,” she said.