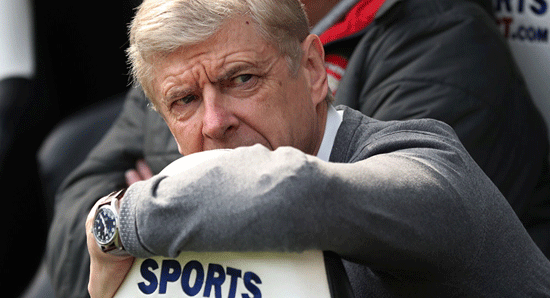 French former professional football player and longstanding coach of Arsenal F.C., Arsene Wenger, announced on Friday morning that he would be standing down as manager of the club at the end of the season, which he has managed for 22 years, winning them three Premier League titles.

Arsenal fans and the wider football community have taken to Twitter to share their views on his resignation, express appreciation for his service to the club, and to give him a sendoff.

Many users on the social media platform wished him well and thanked him not only for his work at Arsenal, but his contribution to association football in the UK.

One user even suggested that Mr. Wenger deserves to have a statue of himself built and placed outside of Arsenal F.C.’s stadium, tweeting to the club’s official Twitter account.

Meanwhile, others mocked and celebrated his resignation from the club.

But, for the most part, people praised him for his service to Arsenal and posted photos of his highpoints at the club.

In the space of 22 years, Arsenal F.C. played over 1,200 matches under Wenger’s management, winning 7 FA Cups and 7 Community Shields in the process.

In the club’s most notable season under his leadership, in the 2003-2004 season, they won the Premier League without losing a single match.