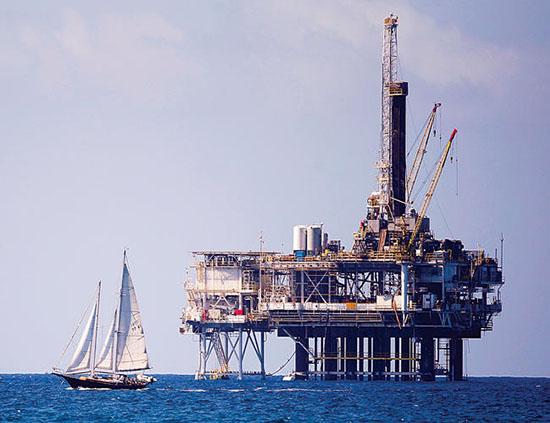 Brent crude oil futures rallied as high as $74.44 a barrel, the strongest since Nov. 27, 2014, the day that OPEC decided to pump as much as it could to defend market share, sending the price to a low of $27 just over a year later.

“Oil prices continued to climb on Thursday as a decline in U.S. crude inventories and commentary from Saudi Arabia that it would be happy to see crude rise to $80 or even $100 helped boost prices,” RBC said in a note.

The Organization of the Petroleum Exporting Countries (OPEC) and other major producers including Russia started to withhold output in 2017 to rein in oversupply that had depressed prices since 2014.
OPEC and its partners will meet in Jeddah, Saudi Arabia, on April 20. OPEC will then meet on June 22 to review its oil production policy.

Reuters reported on April 18 that top oil exporter Saudi Arabia would be happy to see crude rise to $80 or even $100 a barrel, which was seen as a sign that Riyadh will seek no changes to the supply-cutting deal.

“The Saudis and their colleagues in OPEC need higher oil for their fiscal positions and the Kingdom is on a bold – and costly – reform program. So they might continue to squeeze the lemon while they have the chance,” said Greg McKenna, chief market strategist at futures brokerage AxiTrader.

Since the start of the supply cuts, crude inventories have gradually declined from record levels towards long-term average levels.

In the United States, the Energy Information Administration (EIA) said on April 18 that commercial crude stocks fell by 1.1 million barrels in the week to April 13, to 427.57 million barrels, close to the five-year average level of around 420 million barrels.

Further supporting oil prices is an expectation that the United States will re-introduce sanctions against Iran, OPEC’s third-largest producer, which could result in further supply reductions from the Middle East.