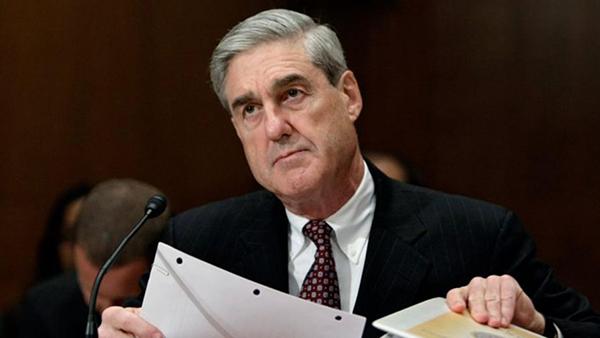 Police in the US city of Pittsburgh are preparing for rioting should President Donald Trump fire special counsel Robert Mueller.

A memo from the police commander instructed detectives to bring riot gear to work “until further notice”.

The email said “there is a belief” that Mr Trump will soon fire Mr Mueller, prompting “large-scale” protests.

Mr Mueller is leading an investigation into alleged Russian meddling in the 2016 US presidential election.

But city officials say the decision was just a precaution and not due to any insight on Mr Trump’s plans.

“The protest would be semi-spontaneous and more than likely happen on short notice,” police commander Victor Joseph wrote in an email obtained by CBS News.

“Beginning Thursday, all major crimes detectives are required to bring a full uniform and any issued protective equipment (riot gear) with them to work until further notice.”

Mr Mueller’s investigation is also looking at whether there was collusion between Mr Trump’s campaign team and Russian agents to influence the 2016 election.

The president denies any wrongdoing, and has repeatedly expressed his frustration with the inquiry.

Pittsburgh Public Safety Director Wendell Hissrich said it was typical for the city to prepare for possible events or threats.

“In this case, we have not assessed the credibility of the potential for disturbances, and we do not have any knowledge of the president’s decision-making process.”

Will Americans rise up?

It’s doubtful many people have circled Pittsburgh as a prime location for civil unrest in the event that Donald Trump fires special counsel Robert Mueller. Then again, with petitions and plans spreading across social media promising mass demonstrations if a sacking occurs, perhaps every major metropolitan area should have contingency plans at the ready.

The likelihood that Mr Mueller or his boss, Rod Rosenstein, could get the presidential axe has ranged from possible to probable over the past few weeks, as the investigatory heat on Mr Trump has turned up.

Last week, following the federal raid on the president’s personal lawyer, speculation reached a fevered pitch. Mr Trump himself hasn’t done much to throw cold water on the prospects. In just the past week he fired off tweets again calling the investigation a witch hunt, repeated assertions that there was “no collusion” with Russia and openly entertained calls to fire Mr Mueller.

His remarks on Wednesday that Mr Rosenstein and Mr Mueller are “still here” despite months of predictions he would fire them won’t exactly put the story to bed.

But will Americans rise up if Mr Trump makes a move? They didn’t after the president fired FBI Director James Comey, a similarly stunning act. Perhaps liberal groups will be more prepared this time. If so, it seems, the Pittsburgh police will be ready.

Democratic advocacy group MoveOn.org has organised a demonstration in Pittsburgh if Mr Mueller is fired, but according to CNN, it is unclear if the police memo was a result of the planned protest.

“We are getting ready in Pittsburgh to respond quickly and forcefully to a clear obstruction of justice,” the group’s online event page says, adding that emergency protests are planned in major cities across the US.

More than 2,300 people have registered to participate in the protest so far, according to the Pittsbrugh Post-Gazette.

Pittsburgh Mayor Bill Peduto confirmed that the memo had been sent to the city’s detectives.

On Twitter, he responded to critics of the move, saying it was an internal email and they have no inside information on what the president might do.

“The conspiracy theories are borderline crazy,” the mayor tweeted.

This is an internal email from a Commander to his plainclothes Detectives. It doesn’t claim to know what the President will do. It doesn’t say people can’t lawfully assemble. It says you may be needed to help, bring your uniform. It is called being prepared. Enough w conspiracies https://t.co/aityTnTKvS

Meanwhile, the Republican chairman of the powerful US Senate Judiciary Committee said the panel will consider a bill that aims to protect Mr Mueller from being fired.

Republican Majority Leader Mitch McConnell has warned he will block the measure from ever getting a full vote on the chamber floor.