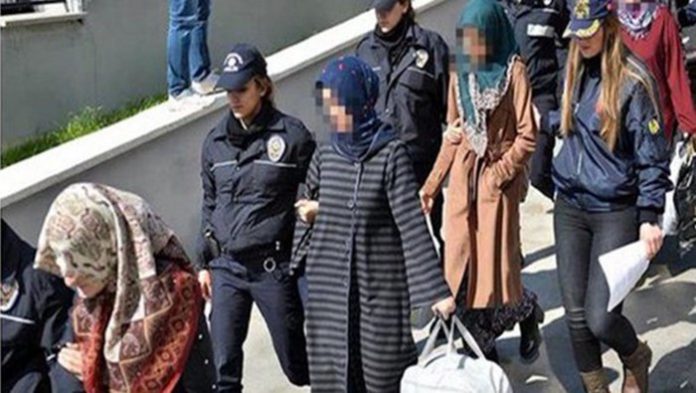 At least 77,081 people have been put in pretrial detention over alleged links to the faith-based Gülen movement since a failed coup attempt in 2016, according to Interior Minister Süleyman Soylu.

Speaking during a meeting in Tekirdağ on Wednesday, Soylu said the total number of people who were arrested over alleged ties to the Gülen movement between July 15, 2016 and April 11, 2018 is 77,081.

The year 2017 alone saw 20,409 operations by law enforcement agencies across Turkey in which thousands of people were detained, with 20,478 of them subsequently put in pretrial detention, Soylu said adding 2,706 were arrested following 6,742 operations in 2018.

Soylu said on Dec. 12 that 234,419 passports have been revoked as part of investigations into the movement since the failed coup.

On Nov. 16 Soylu had said eight holdings and 1,020 companies were seized as part of operations against the movement.

The number of people who have been investigated for alleged ties to the faith-based Gülen movement reached 402,000 in March, the state-run Anadolu news agency reported on March 15.

Erdoğan also accuses the Gülen movement of masterminding a failed coup attempt in Turkey on July 15, 2016.

Despite the movement strongly denying involvement in the failed coup, Erdoğan launched a witch-hunt targeting the movement following the putsch.