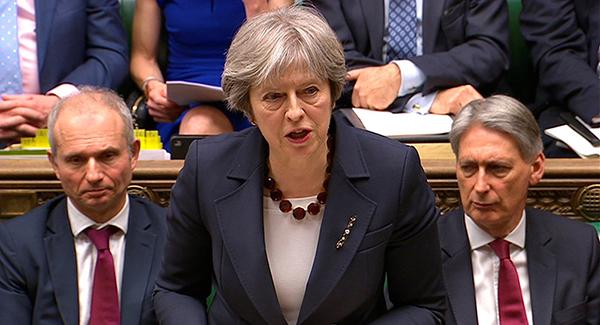 The U.K.’s “Windrush” scandal shows the wide reach of the country’s immigration crackdown.

In the aftermath of World War II, the British government invited thousands of people from Caribbean countries in the British Commonwealth to immigrate to the United Kingdom and help address the war-torn country’s labor shortages. Now, nearly 70 years later, many of those same people, now elderly, are having their legal status in the country questioned and are facing deportation.

Though the deportation threats date as far back as October, the crisis burst into wider view this week after Caribbean diplomats representing a dozen Commonwealth nations chastised the U.K. government publicly. “This is about people saying, as they said 70 years ago, ‘Go back home.’ It is not good enough for people who gave their lives to this country to be treated like this,” Guy Hewitt, the high commissioner from Barbados to the U.K., said at a gathering of the diplomats.

The migrants are known as the “Windrush generation,” named for the HMT Empire Windrush that brought the first group of them to the U.K. in June 1948. Of the half a million people who immigrated to the U.K. from the Commonwealth between then and 1971, an estimated 50,000 lack the proper documentation to prove it. In a meeting with Caribbean leaders on Tuesday, U.K. Prime Minister Theresa May apologized “for any anxiety that has been caused” and promised no deportations would take place.

Still, such assurances won’t necessarily convince those who remain skeptical of the U.K.’s strict immigration policies—ones May herself championed when she served as home secretary between 2010 and 2016. During that time, May sought to meet then-Prime Minister David Cameron’s goal of reducing net immigration to the tens of thousands by making the U.K. a “hostile environment” for illegal immigration. In practice, this meant requiring doctors, employers, landlords, and schools to confirm that those whom they served were in the country legally. “The determination was to go systematically through any interaction people might have with the state, short of putting checkpoints in the road, just to have people’s immigration status checked,” Polly Mackenzie, the director of cross-party think tank Demos and the former policy director to Deputy Prime Minister Nick Clegg, told me.

The Windrush generation wasn’t supposed to be part of that calculus—they had immigrated to the country legally and were thereby entitled to public services, including the right to education, healthcare, and social security. But after the implementation of the “hostile environment” policies in 2012, these individuals suddenly had to prove their right to live and work in the country—a right which was guaranteed to them under the Immigration Act of 1971, though not everyone obtained the documentation to confirm it. This documentation problem arose in part from the fact that so many people belonging to the Windrush generation immigrated to the U.K. as children, often on their parents’ passport. What’s more, the British government didn’t keep records of who was permitted to stay in the country, nor did they issue documentation confirming it. What little records the government did keep, such as the landing cards documenting the arrival dates of Windrush-era immigrants, were discarded in 2010.

For some, the result was catastrophic. In one case, a woman had lived and worked in the U.K. for 50 years before she was wrongfully declared an illegal immigrant and almost forced on a plane to her native Jamaica. In another, a man who had lived in the U.K. for 59 years received a letter that not only informed him of his illegal status in the country, but also offered him “help and support on returning home voluntarily.” Perhaps one of the most severe cases concerned a man who, after living in the U.K. for 44 years, had his cancer treatment through the National Health Service withheld because he couldn’t provide sufficient documentation to prove he lived in the country continuously since immigrating from Jamaica in 1973. “The Home Office has a default assumption that if your papers aren’t in order, it’s because you’re dodgy,” Mackenzie said. “They thought undocumented migrants and illegal migrants were in fact the same thing, and it’s very clear that because of the legacy of Commonwealth migration, those two things are not the same.”

All this could have been foreseen. And according to an internal impact assessment conducted by the Home Office in 2014, it was. Though the report, which was unearthed Thursday by the Daily Mail, doesn’t mention the Windrush generation specifically, it does note that “Some non-U.K. born older people may have additional difficulties in providing original documentation,” making it more difficult for them to find housing to rent.

In her own apology on Monday, U.K. Home Secretary Amber Rudd condemned what she described as her office’s “appalling” behavior toward the Windrush generation and announced the creation of a 20-person task force to address their errors. When asked about the possibility that some people may have already been wrongly deported, Rudd was unable to confirm either way. “It is her department that has deported them—she should know the number,” David Lammy, a Labour party lawmaker whose parents were among the Windrush-era immigrants, told the House of Commons Tuesday, dubbing the scandal a “national shame.”

Though the British government has vowed to spare the Windrush generation from its “hostile environment” policies going forward, another group of U.K. residents may have reason to worry: EU citizens. While the 3 million EU nationals living in the U.K. have been assured by the British government that they can apply to remain in the country after the U.K. leaves the European Union, many have expressed doubt in the Home Office’s ability to treat their applications fairly and without error. It’s a fear European negotiators appear to share. “We must avoid a post-Brexit bureaucratic nightmare for EU citizens,” Guy Verhofstadt, the European Parliament’s Brexit coordinator, saidWednesday. “We need full guarantees in the light of the Windrush scandal.”