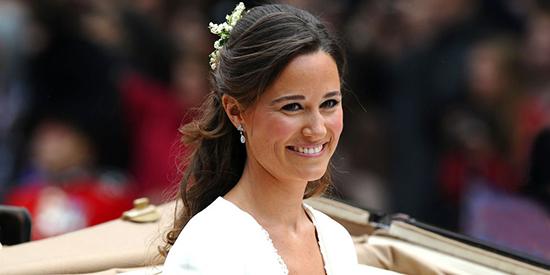 The Sun on Sunday reports that Pippa and husband James Matthews told friends and family that she’s three months pregnant. The source of this news? Well, it’s a… “source,” so yeah, grain of salt. Neither Pippa nor her reps have said anything on the matter, so it could be a bunch of bananas. But maybe not!?

“When Pippa found out she was pregnant, she was obviously thrilled and utterly overjoyed.”

The source added: “Pippa and James have always known they wanted children.

“They have made the most of their first few months of marriage and felt the time was right to expand their family.”

The Sun says Pippa told sister Kate and her parents the news of her pregnancy before anyone else (except for her husband!). Kate, who is set to give birth to her third child any day now, reportedly “could not have been more delighted” to learn she’s going to be an aunt.

This post will be updated as more information becomes available.