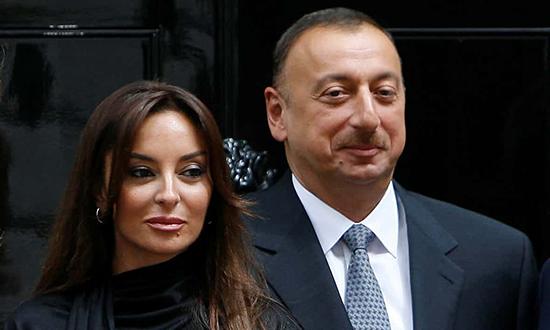 Azerbaijan’s ruling families are the alleged beneficiaries of dozens of anonymously owned companies that have been used to invest in property, hotels and businesses in Europe, according to an investigation by the Daphne Project.

Over the past three years, several networks of companies appear to have used a private bank in Malta for secret investments in the UK, Spain, France, Georgia and Montenegro, research by the project found.

Many of the companies were allegedly operated for the benefit of the children of Ilham Aliyev, Azerbaijan’s president, and the sons of his minister for emergency situations, Kamaladdin Heydarov, according to three sources with knowledge of the transactions.

Their claims are supported by information in the public domain, and a leak from Dubai residency records.

Aliyev’s daughters, Leyla and Arzu Aliyeva, did not respond to a request for comment.

Lawyers for Heydarov’s sons, Nijat and Tale, said: “Our clients are the beneficial owners of companies … which have entirely legitimate and lawful business.”

Although there is no suggestion of wrongdoing, the disclosures are likely to raise new questions for Azerbaijan’s ruling elites, who have been widely criticised for a lack of transparency since Aliyev took power in 2003.

He has been accused of presiding over a regime that has imprisoned journalists, committed human rights abuses and allowed looting of state assets by public officials. The Organisation for Economic Co-operation and Development has repeatedly called for the country to be more open and provide greater transparency as part of necessary anti-corruption measures.

The president has denounced any criticism of his government as a “smear” and accused western media of waging a “biased, groundless and provocative” campaign against Azerbaijan’s leaders.

The investigation shows the breadth of previously unreported investments owned by some of the elite, and how Malta has been used as a gateway for them to buy and manage assets across Europe and the rest of the world.

At the heart of the network are companies that were clients of Pilatus bank, whose headquarters are in Malta and assets are frozen pending the outcome of an investigation initiated by the country’s banking regulator last month.

The information appears to show for the first time that the president’s daughters own a half share in Gilan Holding, one of Azerbaijan’s largest businesses, with interests in banking, construction, tourism, agriculture and Gabala football club.

Gilan Holding was founded by Heydarov in the 1980s and became one of Azerbaijan’s most successful companies before being handed to his sons, before Heydarov entered government.

Assets allegedly held by the families through companies that were customers of Pilatus bank include:

The Maltese regulator has declined to comment on the focus of its inquiry at Pilatus, and there is no suggestion those named in this article acted illegally.

A collaboration of 18 news organisations, including the Guardian, Reuters and the New York Times, has been researching Pilatus. Led by France’s Forbidden Stories, the Daphne Project was created to continue the investigations of Daphne Caruana Galizia, who was killed by a car bomb in October.

What is the Daphne Project?

Fifty companies and trusts, almost all of which are owned anonymously, have been traced. They appear to belong to at least five separate groupings of companies, whose key entities were incorporated in Malta from the summer of 2014 onwards.

Pilatus, the bank for many of the companies, opened its headquarters in the European Union’s smallest member state in January 2014.

Azeri-controlled accounts at Pilatus are frozen, along with those of all other customers. The measures followed the arrest of the bank’s Iranian owner in Washington in March. Ali Sadr Hashemi Nejad is in custody awaiting prosecution for alleged money laundering and sanctions violations in relation to his business affairs before arriving in Malta.

The Pilatus scandal surfaced last year when an employee blew the whistle on the bank. Her claims, first reported by Caruana Galizia and later repeated to a European parliament inquiry, were that the customers of Pilatus included Leyla Aliyeva and Maltese politicians. The claims surfaced at a time when Azerbaijan was completing a major investment in the Maltese energy sector through a share in a power station.

Two sources with knowledge of Pilatus transactions have confirmed her testimony: they say the Aliyev and Heydarov families were clients. Keith Schembri, the chief of staff of Malta’s prime minister, Joseph Muscat, has also confirmed he was a client.

In response to a letter from the Guardian, lawyers for the Heydarov sons stated: “Our clients are the beneficial owners of companies which hold accounts at Pilatus bank in Malta, which have entirely legitimate and lawful business.” They say the structure was set up to hold European property and assets, and their ownership in many cases was in the public domain.

“Where it is not, there are legitimate public-interest reasons to keep the fact of ownership private, for example where the companies hold property used by our clients for residential purposes, that ownership may be kept private for security reasons,” the lawyers said.

Robert Baker, an Australian who lives in Britain, appears as a director of dozens of Pilatus entities. Public filings list his address as a £2m house in west London.

The largest grouping of companies, owned by the Heydarov brothers via anonymous New Zealand holding companies set up as recently as November, has invested tens of millions of pounds in European assets.

The brothers own three French artisanal businesses: a maker of china plates in Limoges for high-end restaurants, another producing cartoon character figurines, and a supplier of bed linen to the Élysée Palace. The linen company, D Porthault, hosted a visit by Brigitte Macron, the wife of the French president, last autumn.

Despite repeated requests for information, the Guardian understands that managers of these businesses, all acquired in 2014 and 2015, were never told who their ultimate owner was.

The manager of the Limoges factory told the newspaper Le Monde, a partner in the Daphne Project: “It’s incredible, it’s been three years now that my questions have gone unanswered.”

Two London townhouses worth a combined £16m belong to a New Zealand company called Kubernao Trust Limited, which has a Pilatus account. Baker is a former shareholder, according to public company records, and is still listed as a director. It is not known who ultimately owns the properties because their identity is hidden behind a New Zealand nominee.

Lawyers for Baker said their client was “appalled” by the murder of Caruana Galizia and he had “at all times acted with the utmost good faith and integrity, and where appropriate, sought the assistance of the appropriate experts”.

They declined to comment on the ownership of the companies of which Baker was a director, saying: “Confidentiality, privacy and discretion are the fundamental requirements for service providers in the consultation, management and administration of family funds and private banking.”

One of the biggest revelations is that the Aliyev daughters may have a majority stake in Gilan. The Heydarov family have always presented the conglomerate as theirs.

An audit of a bank owned by Gilan declared that in 2013, the group was ultimately owned by two entities: Sahra FZCO, with 51%, and Shams Al Sahra FZCO, with 49%. The Heydarov brothers were named as joint owners of these Dubai-registered entities.

However, two sources with knowledge of Pilatus transactions have now confirmed that the owners of Sahra FZCO were declared to Pilatus as Leyla and Arzu Aliyeva.

Asked about the ownership, lawyers for the Heydarov brothers said their clients would not comment “for confidentiality and security reasons”.

The plots are occupied by the 360-room Sofitel Dubai resort. While the family is understood to own the building, the hotel is managed by Accor.

It appears that Accor, a top 40 company on the Paris bourse, is a partner with Aliyev interests in a total of three hotels. Sahra appears to have been connected through a franchise arrangement with another Accor hotel in Dubai, the Mercure Barsha Heights. And the French group operates the Fairmont in Baku, previously reported as being linked to the Aliyevs.

Accor said it could not divulge details of commercial relationships.