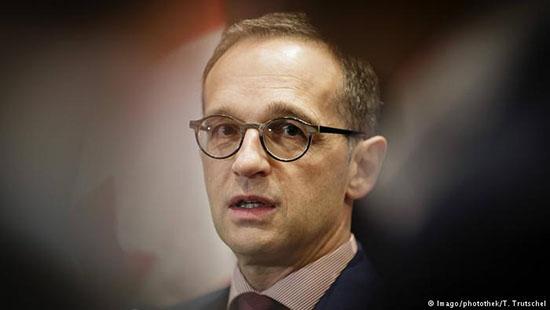 Germany’s foreign minister, Heiko Maas, has said it’s far too early to discuss Russia returning to a group of the world’s most powerful economies. Foreign ministers from the G7 met ahead of a leaders’ summit in June.
Maas on Sunday said Russia had not done enough to address the concerns of G7 countries over issues such as support for rebels in eastern Ukraine.
“So far, the conditions have not been met for there to be another change,” said Maas, who was in Toronto for a two-day meeting of G7 foreign ministers.
Russia, which once had a seat at the table, has been sidelined from the group of leading world economies, which was then reformatted to from the G8 to the G7 in 2014. Russia was suspended after its annexation of Crimea, and Moscow’s perceived support of militants in eastern Ukraine. An array of sanctions were also imposed on Moscow.
Russian return
German politicians from the Free Democrats (FDP) and the Left (Linke) party have said Russia should be invited to a meeting of G7 leaders in Canada that has been slated for June. G7 members such as Italy and Japan have said that Russia should be allowed to return, in order to help solve issues in the Middle East and prevent a permanent return to the atmosphere of the Cold War.
But Maas made clear there would be no return for Russia until the reasons for its exclusion were fully addressed. “This is purely and solely down to Russia itself,” Maas said. “At the moment, it really isn’t an issue.”
Russia has also been criticized for its role in Syria, where it has been supporting President Bashar Assad in the country’s devastating seven-year war. Maas on Saturday called for “constructive contributions” from Russia on both Ukraine and Syria.
The G7 comprises the UK, Canada, Germany, France, Italy, Japan and the US. Russia last year said it was planning a permanent exit from the larger G8 group.
Macron’s appraisal
In addition to Russia and Syria, the ministers were expected to review other recent events in the Middle East, as well as the Korean peninsula and Venezuela. The talks, set to end on Monday, are intended to pave the way for a G7 leaders’ summit in Canada in early June.
French President Emmanuel Macron gave his own frank appraisal of relations with Russia on Sunday, in an interview ahead of a state visit to the US.
Macron said that, while he wanted to work with Russian President Vladimir Putin, it was also important to show strength.
“I do believe that we should never be weak with President Putin. When you are weak, he uses it,” Macron said in the English-language interview with the US network Fox News.
rc/se (AFP, dpa, Reuters)