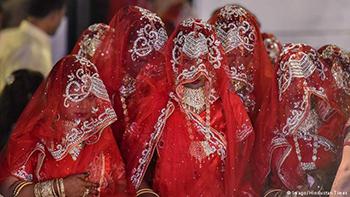 Female tourists and foreign employees continue to face high risks of sexual violence in India, and the situation needs to change soon.

Several horrific cases of sexual violence in India have drawn widespread attention on Chinese social media, and some Chinese have said they will avoid India due to fears of sex crimes.

Sexual assault is one of the most common crimes against women in India. Frightening tales of Chinese visitors being followed by strangers in India have been passed on by word of mouth in China, with the details sometimes exaggerated to attract more attention.

As a result, India is off the list for some Chinese tourists. In 2017, Chinese travelers made 130.5 million overseas trips, spending more than $115 billion, making China the world’s largest source of outbound tourists.

India is a nerve-wracking place for the expatriate staff of Chinese companies, especially for staff who want to bring their families along.

Some Chinese enterprises must offer a high salary to Chinese executives in India. To some extent, sexual violence has increased the cost of foreign investment in India.

One reason why China is still a desired investment destination in spite of rising labor costs is that China has good public security. It is safe to walk the street at night in most Chinese cities.

If India aims to become a manufacturing powerhouse, it should do more to improve the security situation. Imposing the death penalty for rape of girls under 12 shows that India is making huge progress, but that is not enough to protect women in the country.

Some Chinese netizens have suggested that India should impose the death penalty for all rapists. India may not necessarily follow advice from China and its people, but the country must speed up efforts to address its problem.

The author is a reporter with the Global Times. [email protected]

Posted in: EYE ON ECONOMY