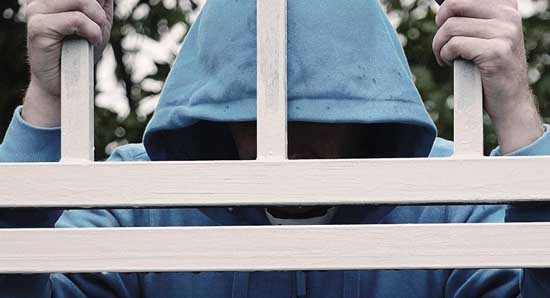 Extremism is brewing in Finnish prisons and is unlikely to disappear any time soon, a recent report flagging over a hundred radicalized individuals in southern Finland has concluded. The report also named bitterness as a common denominator among the radicalized.

In the course of a project to map out the scope of violent extremism and radicalization, Finland’s Criminal Sanctions Agency (Rise) has identified 112 radicalized individuals prone to committing acts of terrorism.

The survey was carried out between August 2016 and January 2018 and was mostly confined to southern Finland. Of those identified, 76 were linked to radical Islam and 28 to the far-right, with the remaining 8 classified as “uncategorized.” As of January 2018, 76 of the identified individuals were still incarcerated or on supervised probation.

“The observations were made largely in the Southern Finland region, however observations are likewise being made in prisons in other areas of Finland too,” the agency said, admitting that the extent of radicalization could possibly be even larger.

According to Rise, violent extremists cannot be profiled by any common denominator, such as age, sex or education.

However, the influence of other inmates or prison gangs has been deemed the most wide-spread reason for radicalization. Another strong factor is bitterness. Furthermore, the process is facilitated by the fact that the prison environment is isolated from the rest of society. Those looking to radicalize an individual most often target lone individuals by offering guidance, help and apparent friendship.

The authorities also stressed the importance of identifying radicalization risks early on. According to Rise, inmates considered vulnerable to influence or prone to antisocial behavior should be separated from those seeking to influence them.

By contrast, inmates participating in meaningful activities and experiencing fair treatment during their prison sentence are less likely to become radicalized, Rise noted, stressing the importance of deterring factors.

Prison personnel have been advised to immediately intervene in violent behavior with disciplinary action, by instantly re-assigning the inmates to different quarters.

Finnish prisons currently have no rehabilitative programs in place to counter extremist inmates, but the Rise report called for these to be taken into consideration and developed in the near future.

Earlier this year, a report identified a marked rise of prisoners with severe mental illness, with the incidence of various psychoses and schizophrenia rising ten-fold over the last decade, Finnish national broadcaster Yle reported.

In 2017, there were about 3,000 inmates housed in 26 prison facilities or institutions.