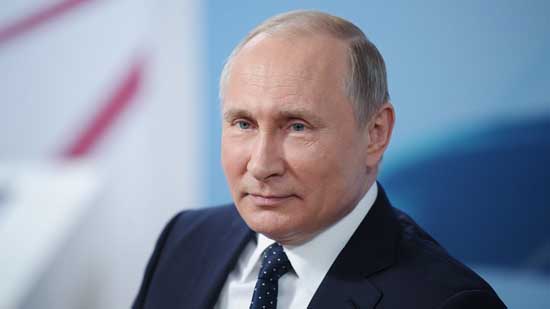 Russia may see a hike in health care, education and infrastructure spending by around $162 billion in the next six years, with cuts in its military spending, according to a report on Vladimir Putin’s plan for his term in office.

The 10 trillion rubles ($162 billion) spending plan has been under consideration for several months now and is expected to become a decree shortly after Putin’s inauguration on May 7, sources familiar with the issue told the Bloomberg agency, on condition of anonymity.

The measure is aimed at achieving the “decisive breakthrough” in raising the living standards of the Russian population, which was promised by the President in his annual address last month. It’s also an attempt to stimulate the growth of the country’s’ economy amid its slow recovery from recession and from Western sanctions, the sources said.

The funds allocated for construction and maintenance of roads, as well as other transport infrastructure, will increase by about a third, the people said. A 20 percent increase in spending on health care and education is also part of the plan, they added.

This means that Russia will be investing around 11.3 percent of its GDP in infrastructure, health care and education over the next six years, compared to the 9 percent it currently invests.

The increased spending in those areas will be compensated by cuts in others, including defense, as well as by possible tax hikes, according to the sources. A new 4 percent sales tax may be among the options, they said, adding that this measure hasn’t yet been approved.

The allocation of the new funds may start this year, but the largest increases should be expected after 2020, the sources said. They also warned that the figures in the plan may still be adjusted in the coming days and could differ from the 10 trillion-ruble sum.

In January, Russia’s Vedomosti newspaper also reported that the presidential administration and the relevant ministries were tasked with calculating the possibilities of increased spending on health care, education and infrastructure. According to the paper’s sources, the idea was –among others– backed by presidential aide Andrey Belousov, and by the head of the Central Bank, Elvira Nabiullina, who said that structural reform would be required to support the measure.