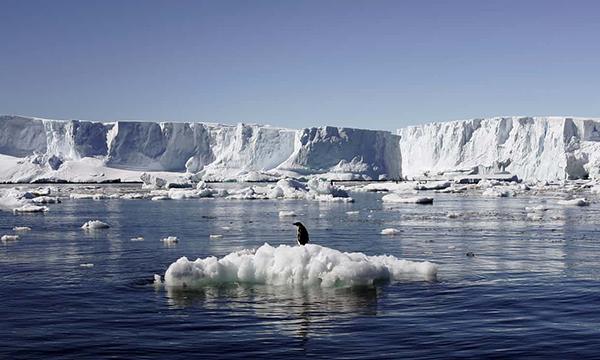 Gazprom Neft, Russia’s fourth largest oil producer, has big plans for its Arctic oil operations, and it seems that neither sanctions nor production cuts can force it to quit its presence there. In fact, the oil division of Gazprom will try to turn itself into what its head of strategy and innovations called “a benchmark,” but not in terms of production. Gazprom Neft wants to become a benchmark in areas such as safety and efficiency, and most notably technology.

Arctic drilling was one of the top targets of U.S. sanctions that banned U.S. oil companies—and their European peers—from sharing technological know-how with Russian producers. This may have slowed down the progress of Gazprom Neft and others in the Arctic, but it did not put an end to it. Not that it could: Russia’s energy industry has been working on Arctic exploration for much longer than the four years since the annexation of Crimea, which became the grounds for the sanctions.

Gazprom Neft launched its first Arctic field, Prirazlomnoye, at the end of 2013, and first oil, and the new blend, ARCO, from Arctic Oil, reached markets the following year. Since then, more than 10 million barrels have been shipped from the field. Recoverable reserves at Prirazlomnoye are estimated at 540 million barrels of crude, and the peak of production is set to be reached in 2020, at 110,000 barrels per day.

Now, according to the company’s chief of strategy and innovations, Sergey Vakulenko, as cited by Platts, Gazprom Neft was on track to expand production in all three fields, despite the cuts and despite the sanctions. Actually, Vakulenko suggested that the OPEC+ partners may want to consider a change in the production quotas to take into account rising demand and lower global stockpiles. In that, he echoed an identical suggestion by Russia’s Energy Minister Alexander Novak during last Friday’s partner meeting in Saudi Arabia.

Yet it’s not production that is Gazprom Neft’s top priority right now. It is efficiency and safety, according to Vakulenko, who spoke at a media briefing in London. Neither is something that springs to mind when one thinks about Russia’s oil giants. Nevertheless, Gazprom Neft seems to be changing with the times, no doubt helped by the oil price rout and the sanctions.

Interestingly, Vakulenko did not give Gazprom Neft credit for going it alone in technology. “We definitely think that in the current world you cannot develop all the technology alone — the world is too complicated and there are too many technologies that have to go into the project,” he said, clearly suggesting the sanctions-bound companies are not the only ones with know-how that Russian oil producers can use to adapt to the specific nature of Arctic drilling.

To make things even more interesting, Vakulenko added that even so, international cooperation in oil tech could be “a bit of a gamble,” which was why Gazprom Neft was staying flexible, devising Plan Bs and avoiding the dependence on a single technology.

Arctic exploration is crucial for the sustainability of Russia’s oil industry. There is quite a lot Siberian oil still in the ground, but as the Arctic becomes warmer, the billions of barrels there will become more easily accessible. Gazprom is simply staking its claim on these barrels early, and efficiency is simply a means to always the same end: higher production.