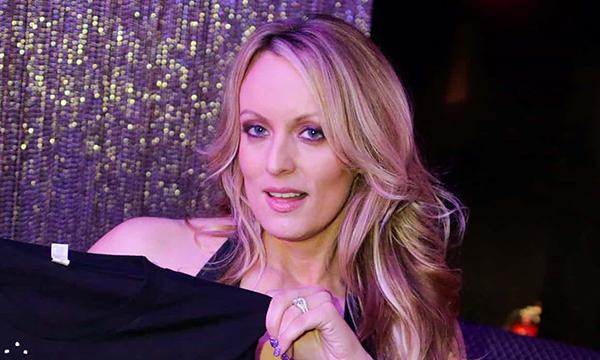 Daniels, whose real name is Stephanie Clifford, replied on Sunday saying, “It finally happened…Keiran got to do a scene with me.”

When one fan tweeted saying he felt “glad” Daniels was back, she replied, “I never left! I had to take several months off from performing and dancing because I injured my back in a riding accident but I was still directing.”

Daniels made headlines when she alleged she had sex with Trump after meeting him at a celebrity golf tournament in 2006. Trump was already married to first lady Melania at the time. The White House has said Trump denies having an affair.

Then in January, it was alleged that Trump’s lawyer Michael Cohen had paid Daniels $130,000 to keep quiet about the alleged affair just weeks before the 2016 presidential election.

Daniels has been seeking to invalidate the agreement she signed days before the election. She has offered to return the $130,000 she was paid as she tries to “set the record straight.”