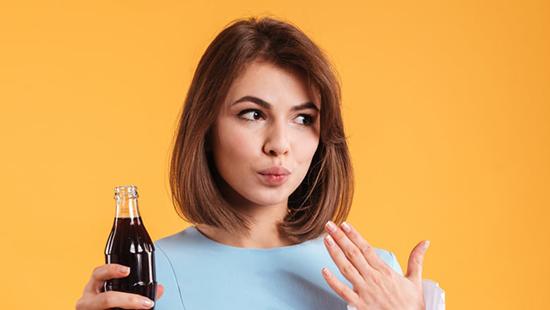 But according to a new research paper, released today, artificial sweeteners are just as bad, if not worse, for the body.

A new study, led by Brian Hoffmann, assistant professor at the Medical College of Wisconsin and Marquette University, is being presented today at the Experimental Biology conference in San Diego.

Described as “the largest examination to date that tracks biochemical changes in the body”, the study compared the biological effects of diets high in glucose versus aspartame or acesulfame potassium – common artificial sweeteners – in rats.

After three weeks, increased concentrations of glucose and the sweeteners adversely impacted metabolism in ways associated with diabetes and obesity.

Hoffman explains, “In our studies, both sugar and artificial sweeteners seem to exhibit negative effects linked to obesity and diabetes, albeit through very different mechanisms from each other.”

“We observed that in moderation, your body has the machinery to handle sugar; it is when the system is overloaded over a long period of time that this machinery breaks down,” Hoffmann said. “We also observed that replacing these sugars with non-caloric artificial sweeteners leads to negative changes in fat and energy metabolism.”

His team’s research is unique because of the methods they used. “Researchers now have advanced technology at their fingertips to test the biochemical changes in the body at a much greater depth than previously possible.”

For decades, foods and drinks with non-caloric sweeteners have pervaded supermarket shelves to replace sugar and appease concerns about weight gain and diabetes. Yet waistlines and diabetes have grown despite these sugar surrogates. One in four Australian children and two-thirds of adults are overweight or obese with amplified risk of chronic disease.

Britain gave the industry two years to reformulate their products and bring sugar below the taxable threshold. How are they reducing it? With artificial sweeteners, by and large.

The research  being presented today comes hot on the heels of a human study with similar findings, released last month. Sabyasachi Sen, associate professor at George Washington University, reported that his team found increased fat-producing genes and glucose transport into cells of obese people who consumed low calorie sweeteners. The greater the dose, the greater the effect.

But research on non-caloric sweeteners has been controversial and plagued by contradictory findings.

A meta-analysis of available studies and large population-based research reported them as safe for humans, resulting in artificial sweeteners being given the OK by government bodies in the US and Europe, and our Food Standards Australia New Zealand (FSANZ). Reviewing the evidence, FSANZ concluded in September 2017 that “all scientific evidence to date supports the safety of aspartame as an artificial sweetener”.

In 2016, in the same week, researchers disclosed that the sugar industry paid scientists to downplay sugar’s adverse health effects. A Sydney University study explored whether financial conflicts of interest biased outcomes of artificial sweetener research. Analysing 31 studies from 1978 to 2014, investigators found that industry-funded research was 17 times more likely to produce positive results than independent research. They concluded that “financial conflicts of interest introduced a bias at all levels of the research and publication process … affecting the outcomes of reviews and possibly undermining the quality and transparency of public health evaluations that are reliant on these reviews”.

Now more than ever, science needs to provide a clear answer, independent of invested interests, about the health effects of artificial sweeteners.

Fuelled by increasing evidence that verifies excess sugar’s ill-health effects, the Australian Medical Association recently supported a sugary drink tax. The tax is unlikely to be enacted by our government in the short term. But it may only be a matter of time. The reportedly successful drive to tax sugar has been taken up by 28 countries and seven US cities to date.

Meanwhile, Professor Susan Swithers from Purdue University proposes: “Current evidence suggests that a focus on reducing sweetener intake, whether the sweeteners are caloric or non-caloric, remains a better strategy for combating overweight and obesity than use of artificial sweeteners.”

8 signs a loved one is suffering from anxiety