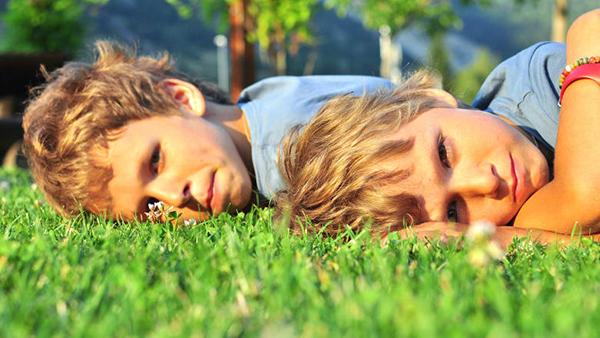 Children are growing old before their time, says Shukan Josei .

They’re still in elementary school, not even in their teens,  and already their bodies are deteriorating. The elderly know the symptoms only too well: stiff shoulders, aching backs, weakening vision, thinning hair. At a certain stage of life you tell yourself it’s inevitable and resign yourself. When it precedes puberty, something seems drastically wrong.

The magazine names two culprits: the randoseru and the smartphone.

Randoseru comes from the Dutch word ransel, meaning backpack. Japan adopted it some 200 years ago, and it’s been the standard school bag among Japanese elementary school kids  since elementary education became compulsory in 1885. It’s heavy. As are the text books that fill them – increasingly so as curricula grow more demanding. The books kids today are loaded down with are 34 percent heavier now than they were in 2005.

Then there’s the ubiquitous smartphone. Other influences aside, it tends to cause you stoop as you peer into it while walking. If you’re walking with neck bent forward at an angle of 45 degrees, your head, which weighs 4 to 5 kg, becomes a burden equivalent to 20 kg, says Tokyo orthopedist Masayuki Sasaki. Think, he says, of a bowling ball. That’ll give you an idea.

Walking to and from school with an academic load on your back and a smartphone screen drawing your neck irresistibly forward is not something the human body is evolved to do. Muscle tension, back pain and impaired blood circulation are the common symptoms listed.

Burdens are not only physical. Chiropractor Eiji Yamanaka sees a psychological element too. “It seems to me, judging by my own patients, that people nowadays are more self-assertive than they used to be.” But some are more so than others, and quieter, more studious kids to whom self-assertion doesn’t come naturally are apt to feel their emotional wounds physically.

“Many of the kids who suffer backaches are serious kids,” says Yamanaka. Their nervous systems seem to respond to everything – parents’ expectations, teachers’ expectations, their standing among friends.

The evidence of increased premature balding seems at this stage more anecdotal than scientific, but that for deteriorating vision is more firmly established. “The way children play today is not good for eyes,” says Ophthalmologist Sachi Amaki. “The way children play” is mostly indoors, and mostly online, which means peering at a screen. “In the past,” Amaki says, “kids played catch. When throwing the ball they looked far. When catching it they looked close. That was a good balance.”

Two hours of smartphone use a day, she says, is about all the eyes can take. A government survey Shukan Josei cites records average daily use among children  two and a half hours.