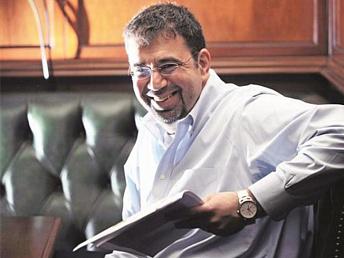 They discussed prospects for developing Armenia and grounds for cooperation.

According to the government’s press release, Tigran Avinyan, vice premier, Varag Siseryan, head of the vice-premier’s office, Alexander Khachaturyan, head of the Strategic Initiatives Center, and Erik Gyulazyan, the sustainable development director of the innovative laboratory, took part in the video conference.

The economist said that time has come to initiate and launch short-, mid- and long-term institutional political, judicial and financial reforms.

He also stressed the importance of improvement of investment environment.

He stressed the importance of introduction of flexible mechanisms of institutional balances in different segments of power, which will leave no room for the vicious phenomena that existed before and which will make the government’s work more transparent letting the public keep its eye on the government’s activity.

Thanks to the current government’s steps, he said, citizens feel their involvement in politics. Many people in Armenia are now inspired and they are anxious to become a part of politics.

The economist voiced willingness to support the Armenian government in development, democratization and reformation of the country.

Pashinyan and Acemoglu decided to continue the discussion. –