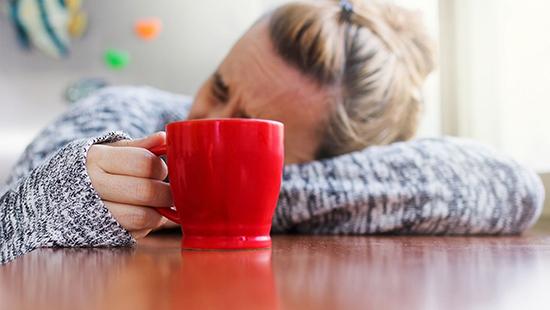 You heard the rumors…hangovers get worse with age.

But with a smug smile firmly planted on your 20-something face, you shrugged it off. Laughing in the face of your 30-something friends, you never believed it could happen to you.

Then…bam, 30 hit and with it a sledgehammer to the head the morning after a big night out.

And as the painkillers kick in to take the edge off that headache, you’re hit by a tidal wave of nausea — and if you’re one of the unlucky ones you won’t keep anything down for long.

As you vow to “never drink again,” you’ll no doubt start questioning yourself, wondering why you can’t handle your booze anymore?

Heavy boozing equals a hangover, we all know it – after all, alcohol is a toxin. But why does it all get worse as you get older?

While the good news is, it’s not all in your head, the bad news is hangovers do get worse and it’s more complicated than “life just isn’t fair.”

Here we explore the reasons why.

You don’t have as many liver enzymes anymore

Your liver is a pretty important organ when it comes to drinking.

Alcohol is a toxin, so your body has to break it down and get rid of the toxic parts — that is where the liver comes in.

Your liver has to break the toxin, ethanol, into something it can digest, called acetaldehyde. The enzymes are responsible for this.

This works fairly well when you are young because you have more enzymes, but they decrease when you get older making that hangover seem worse and worse.

A recent study also found that the liver and brain are more sensitive to acetaldehyde with age … sorry.

For every drink – glass of wine or a pint of beer – it takes your body about an hour to process it.

The recovery process of your body is weaker

As we get older, our bodies begin to slow down. You may have noticed it in your joints or muscles but it actually happens internally, too.

That means it is harder to fight off a cold virus or other illnesses and, yes, a heavy night of drinking.

George F. Koob, director of the National Institute on Alcohol Abuse and Alcoholism told the Huffington Post: “As one gets older metabolism changes; also neuroplasticity ― the ability of neuronal function to bounce back ― is thought to slow.”

Your meds make it worse

More fun facts about getting older — you need medication for illnesses you didn’t think you’d get when you were in your 20s.

Many illnesses, like chronic illness and mental illness, require pharmaceutical meds but alcohol can interfere with those and make you feel quite ill.

When combined with antidepressants, blood pressure meds and diabetes meds, alcohol can actually be quite dangerous, so it is best to check with you GP before having a drink.

Found yourself getting more responsible as you get older (obviously aside from the countless pints you sunk to get your hangover)?

As you get older you’ve probably got yourself a mortgage, have kids, don’t see your friends and family as much so need to schedule in play dates. All of these responsibilities and stresses don’t allow for a sluggish weekend hangover.

While the younger you would have lounged in bed until it was time for hair of the dog, the older, more responsible you has stuff to get done and you suffer for it.

No one likes it, but everyone gets older.

Once you were 21 and energetic, now you’re getting on and wake up with a stiff body in the morning.

A survey by UK company Redemption found that when free alcohol was offered in bars, those aged 29 were more likely to suffer a bad hangover because they were determined to keep up with those that were younger than them.

That’s a bad idea for anyone who has responsibilities. And, as we have gone over, your body just can digest alcohol the way it used to.

So when you start your weekend, just remember how it will make you feel tomorrow.

This article originally appeared on The Sun.