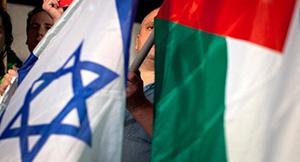 The Israeli military has closed an investigation into the tragic death of a 15-year-old Palestinian, who was killed two years ago after the IDF mistakenly opened fire on a car full of West Bank teens.

In June 2016, Israeli forces shot and killed 15-year-old Mahmoud Raafat Badran after “showering” a car on Route 443, a major West Bank highway, with live fire. Four other Palestinian teens, who were returning from a nearby swimming pool, were also injured in the incident, which unfolded as the IDF tried to quell Palestinian youths in the vicinity but “misidentified”the suspects’ vehicle. The four injured were Mahmoud’s two brothers – 16-year-old Amir and 17-year-old Hadi – as well as Daoud Abu Hassan, 16, and Majdi Badran, 16.

Following a comprehensive investigation into the incident, the Military Advocate General ordered the closure of the probe, admitting that the IDF had mistakenly identified the teens as a group of Palestinian youths who had earlier assaulted Israeli cars with stones and Molotov cocktails.

“The commander of the unit misidentified the car in which the terrorists were traveling, firing at the wheels,” the army said. “A short while after the shooting, the mistake became known and medical treatment was given to the wounded.”

While noting there were “professional failings” during the incident, the Advocate General found opening fire on the car was justified and the mistake was “earnest and reasonable.”

“As the troops were operating in a clear operational event that was complicated and intense, the professional failures do not justify criminal proceedings, despite the tragic outcome,” the Israel Defense Forces said in a statement, adding that commander of the force was demoted following the tragedy but was allowed to serve in the IDF in a different capacity.

While there has not been any official reaction to IDF’s ruling, at the time of the tragedy the Palestine Liberation Organization (PLO) condemned the death of the teen, calling the incident a “brutal attack.”

“This cold-blooded assassination reaffirms our calls to the United Nations Special Rapporteur on Extrajudicial, Summary, or Arbitrary Executions, to initiate an immediate extensive investigation into Israel’s extrajudicial killings of Palestinians; particularly children,” the PLO said in a statement.