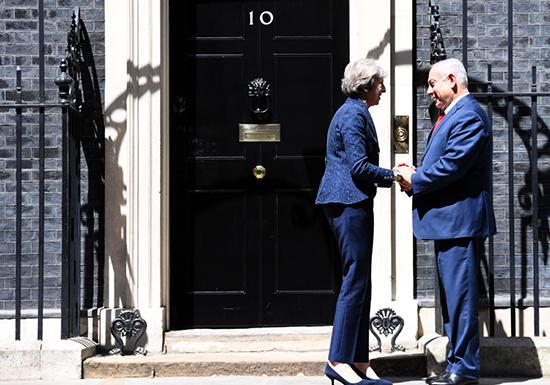 In what could be deemed a sign of burgeoning ties between the post-Brexit, Conservative-led United Kingdom and Israel, the two countries signed a scientific R&D agreement on Monday.

Economy Minister Eli Cohen penned the agreement alongside British Ambassador to Israel David Quarrey, which is meant to strengthen technology-related cooperation between the two countries.

The agreement – whose funding total remains unspecified – will allow for the sponsorship of further joint-research projects between the two sides. Specific areas of cooperation include artificial intelligence, cybersecurity and life sciences, among other fields.

Britain is Israel’s largest trading partner in Europe and its third heftiest in the world.

Israeli exports to the country totaled $5.16b. in 2017, up 32% from the year prior. Nearly three-quarters of Israeli goods hailed from the chemical and pharmaceutical industries.

Imports totaled some $4.2b. in 2016, with nearly half the goods being mineral products.

As Great Britain seeks to leave the European Union, the country is looking at drafting trade agreements with third-party countries. That’s where Israel could enter the fray, as a UK-government white paper has identified the Jewish state as a trade priority after Brexit.

However, if EU agreements in agriculture, pharmaceuticals and aviation are not replaced post-Brexit, ties between the UK and Israel could be harmed. The UK has indicated that it will depart the EU come March 2019.

“The changes which Britain faces, in light of the expected exit from the European Union, point to the great potential in strengthening trade relations between the two countries and increasing cooperation in many areas such as cybersecurity, fin-tech, life sciences and more,” Cohen said. “This agreement encourages scientific cooperation and contributes significantly to Israel’s reputation in the world as an innovative and leading research and development hub.”

Separately, a member of the royal family will make an official visit to Israel for the first time ever in June. Prince William will arrive on June 25 in a tour of the Middle East.