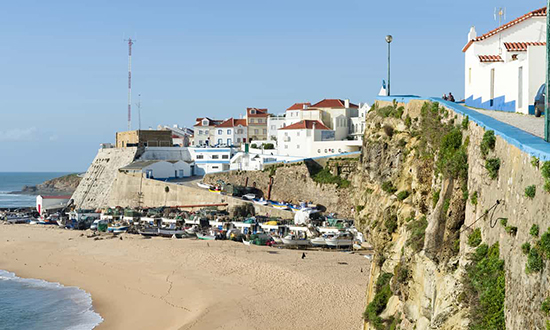 A couple believed to be from Britain and Australia have fallen to their death from a wall overlooking a popular tourist beach in Portugal, apparently losing their balance after taking a selfie.

Portugal’s Correio da Manhã newspaper reported that the couple had died on the Praia dos Pescadores (Fishermen’s Beach) near Ericeira, a picturesque seaside resort on the country’s west coast.

Rui Pereira da Terra, the head of the rescue service in Cascais port near Lisbon, told the news agency Lusa that officials suspected the man and woman had been taking a selfie on a wall above the beach when they fell.

“Everything seems to indicate that the fall happened when they were probably trying to take a selfie,” he said.

“Since we found a mobile phone on the wall, everything suggests the victims might have been taking a selfie, when they allowed the phone to fall, leaned over to grab it and fell,” he was quoted as saying.

The report did not name the couple but said the woman was 30 and the man 40, although other reports gave slightly different ages. They fell above more than 30 metres, the newspaper reported, adding that a beach cleaner had found the bodies early on Tuesday morning.

One victim was believed to be an Australian, and authorities in Australia said they had been in contact with Britain’s foreign office about the other person.

Another newspaper, the Jornal de Notícias, said fishermen had discovered a “horror scene” when they came across the bodies about 6.30am.

“At first the fishermen thought the corpses, from far away, might be people sleeping on the beach,” the newspaper said. “Only when they got closer did they realise that it was a dead couple and they were shocked with what they saw.”

The town of Ericeira, 30km from the Portuguese capital, is a popular surfing spot. Its beach is ringed by cliffs and a 40-metre high wall.

It is not the first time tourists have fallen off the wall.