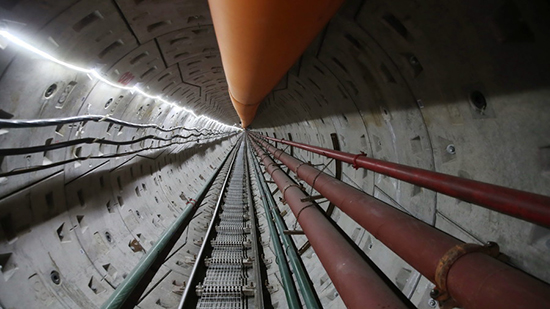 One of the world’s longest gas pipelines, the Power of Siberia, which aims to deliver Russian natural gas to China, is nearly 85 percent complete.

According to the Russian energy giant Gazprom, the section from the Chayandinskoye field (Yakutia) to the border with China is already built. The second tunnel of the underwater crossing of the pipeline through the Amur River is also complete, it said.

The Power of Siberia pipeline which is also called the “Eastern Route” is one of the major projects between Russia and China. Analysts say it could help Russia become one of China’s main providers of natural gas as demand in the country increases.

The 3,000km pipeline will be longer than the distance between Moscow and London. Deliveries should begin in late 2019. The deal on the eastern route took more than a decade to negotiate. Last July, Gazprom and the China National Petroleum Corporation (CNPC) inked an agreement to start gas deliveries via the route.