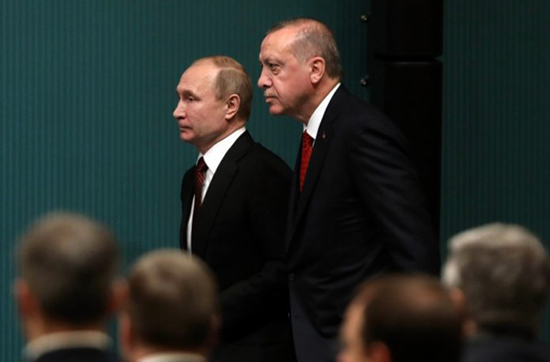 Turkey will use the S-400 surface-to-air missile batteries it has agreed to purchase from Russia “if necessary,” Turkish President Recep Tayyip Erdoğan said on Monday, according to the Hürriyet Daily News.
“We will not just buy the S-400s and put them in a warehouse. We will use them if need be. This is a defense system. What are we going to do with it if not use it? Are we going to depend on the US again? We have been demanding a missile defense system from the US for years, but the US Congress has refused to approve any such purchase. We are tired of this,” Erdoğan said.
“Russia has responded with a pretty enticing offer. They even said they would allow joint production. They have also offered us good loan terms. This is how we’re proceeding at the moment,” the president said.
Erdoğan made the remarks during a joint live broadcast by private TV channels TGRT Haber, TVNET, Beyaz TV and Akit TV in Istanbul.
Turkey and Russia signed the S-400 agreement in December, finalizing a deal intended to deepen military ties between NATO member Turkey and the Kremlin.
But the deal has worried the West, particularly the US, because the system cannot be integrated into NATO’s military architecture. There were also concerns that Russian involvement in operating the S-400s will allow Moscow to have access to the allied codes and information about NATO facilities on Turkish soil.
A top Turkish official was previously quoted as saying that Russia will deliver the first batteries of the S-400 anti-ballistic missile system in July 2019.
“The time of the delivery cited in the agreement for the procurement of the S-400s has been brought forward to July 2019,” İsmail Demir, head of the Undersecreteriat for the Defense Industry (SSM), said on April 4.