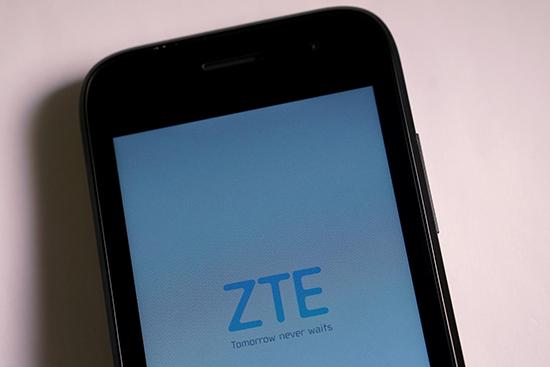 HONG KONG (Reuters) – Chinese telecommunications giant ZTE Corp (0763.HK) (000063.SZ) had about $3 billion wiped off its market value as it resumed trade on Wednesday after agreeing to pay up to $1.4 billion in penalties to the U.S. government.

China’s No. 2 telecommunications equipment maker was crippled when a seven-year supplier ban was imposed on the company in April for breaking a 2017 agreement reached after it was caught illegally trading with Iran and North Korea.

The ban, which has prevented ZTE from buying the U.S. components it relies on to make smartphones and other devices, will not be lifted until ZTE pays a fine and places $400 million more in an escrow account in a U.S.-approved bank.

The Hong Kong-listed shares of ZTE slid as much as 41 percent to HK$14.98, their lowest in a year, following a two-month trading suspension, while its Shenzhen shares fell by their 10 percent limit after it confirmed details of the agreement publicized by the U.S. government on Monday.

Confirming details of the deal, ZTE said late on Tuesday it would replace its board of directors and that of its import-export subsidiary ZTE Kangxun within 30 days of the June 8 order being signed by the United States.

All members of its leadership at or above the senior vice president level would be removed within the 30-day period, with a commitment that they would not be re-hired, along with any executives or officers tied to the wrongdoing, it said.

It also said in filings on Tuesday that it would work to resume operations as soon as possible after the ban gets lifted, and would republish its first-quarter financial results after assessing the impact of the ban and the settlement agreement.

The case has become highly politicized and a key focus of bargaining talks as Washington and Beijing look to avert a trade war.

U.S. lawmakers have attacked Washington’s agreement with ZTE and plan legislation to roll it back, citing intelligence warnings that ZTE poses a national security threat.

ZTE, with a market value of around $20 billion before its shares were suspended in April, is the world’s fourth-largest telecom equipment maker after Huawei Technologies, Ericsson and Nokia.